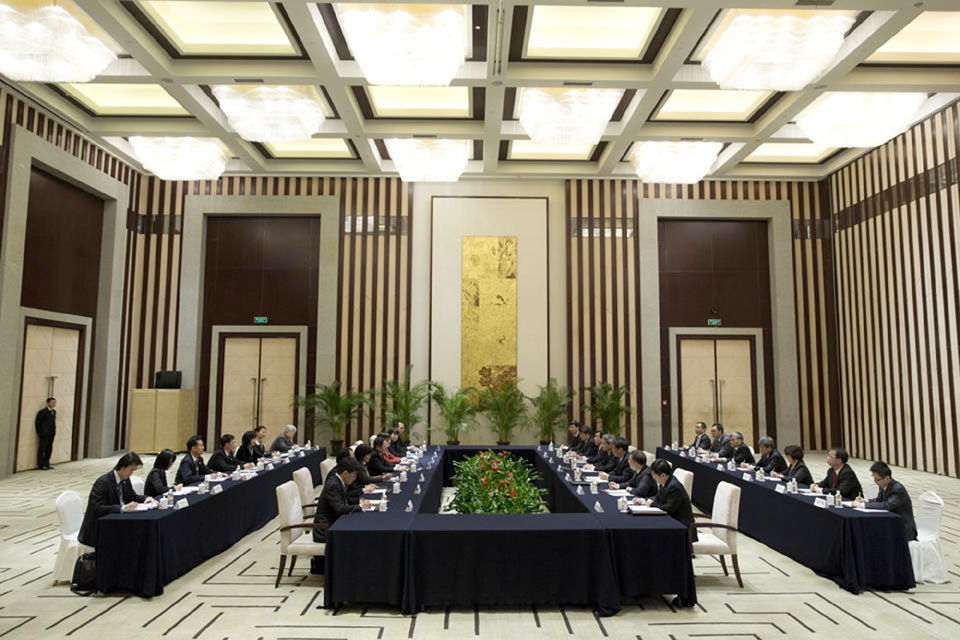 China and Taiwan have begun the highest-level talks since the end of the Chinese civil war in 1949.
Wang Yu-chi and Zhang Zhijun, the top cross-strait officials from each side, are both attending the four-day talks in Nanjing.
No official agenda has been released for the talks, which are widely seen as a confidence-building exercise.
China regards Taiwan as part of its territory. In the past, all talks have gone via quasi-official organisations.
Zhang, head of mainland China's Taiwan Affairs Office, said: "It's impossible to imagine in the past that we could sit here and meet [today]."
"We must have some imagination if [we want to] resolve some difficulties, not just for such a meeting, we should also have a bigger imagination for cross-strait future development," he added.
Wang, head of Taiwan's Mainland Affairs Council, described the meeting as "a new chapter for cross-strait relations".
"For us to simply sit at the same table, sit down to discuss issues, is already not an easy thing."
Given the sensitivities, the meeting room had no flags on display, and the officials' nameplates had no titles or affiliations, AFP news agency reported.