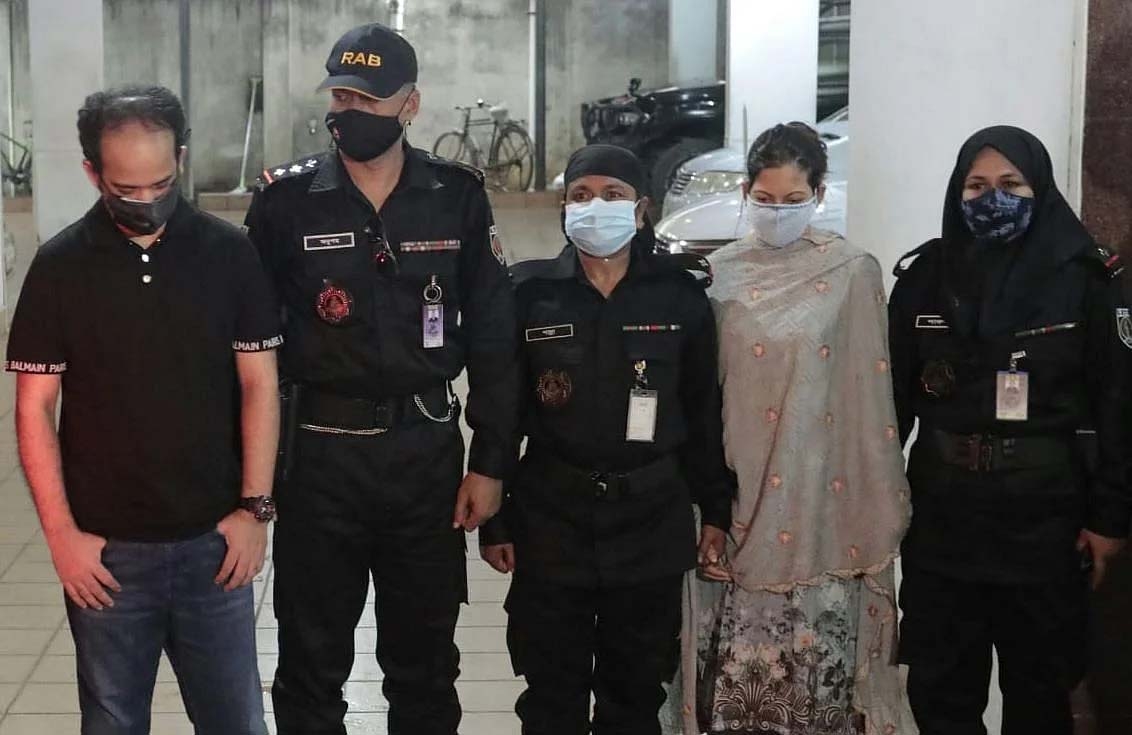 A Dhaka courtÂ  placed Evaly CEO Mohammad Rassel and his wife Shamima Nasrin, the chairman of the troubled company, on a three-day remand on Friday, a day after the couple was arrested on charges of embezzlement and fraudulence.
Dhaka Metropolitan Magistrate Md Atiqul Islam passed the order after rejecting their bail plea on Friday noon.
The couple was arrested by Rab on Thursday from their flat in Mohammadpur.
They were produced before court at noon.
Aminul Islam, Inspector (Investigation) of Gulshan Police Station, said police sought 10-day remand for Rassel and Shamima for quizzing them over the allegation that they misappropriated several hundred crores of taka taken in advance from the e-commerce companyâs customers and deceiving them by not delivering the products.
During interrogation after arrest Rassel informed that Evaly has liabilities of more than TK 1,000 crore, Khandaker Al Moin, Rab's Legal and Media wing director revealed during a press briefing at the elite forceâs headquarters on Friday.
The Evaly couple was held after an aggrieved customer Arif Baker lodged a case with Gulshan police station accusing Rassel, Shamina and few other company executives of embezzlement and fraudulence.
Sub-inspector Ahidul Islam, the investigation officer of the case, said the case was registered over the allegation of embezzlement of money and fraudulence.
Besides, the Bangladesh Financial Intelligence Unit (BFIU), an arm of the Bangladesh Bank that specializes in financial crime investigations, directed all commercial banks and financial institutions through a common letter on August 27 to freeze all the bank accounts operated by top executives of Evaly.
The Directorate of National Consumer Right Protection, a department under the commerce ministry, also received allegations from consumers about âcheatingâ by Evaly.
Bangladesh Bank officials said that one of the major allegations against Evaly is forcing its consumers to deposit their money in the e-wallet of the firm which was totally illegal.