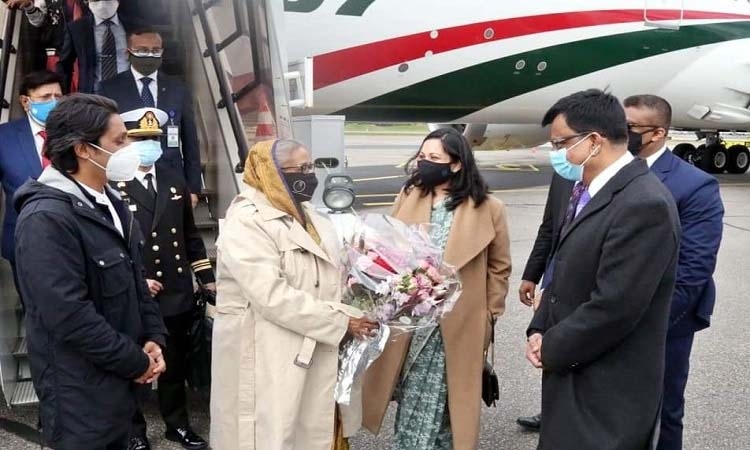 Ambassador of Bangladesh in Finland (non-resident) Md Nazmul Islam received the prime minister at the Vanta International Airport, Helsinki as she arrived there on a VVIP chartered flight of Biman Bangladesh Airlines at 3:37 pm local time ( 9 am Bangladesh time).

It is her first foreign trip since the outbreak of the Covid-19 pandemic in March 2020.Â  She is going to join the UNGA for the 18th time as the head of government of Bangladesh and will address the UNGA general debate on September 24.

During the two-week official visit Sheikh Hasina will attend the opening session of the UNGA general debate on September 21 and other sideline events in the UN headquarters (UNHQ) on September 20-24. She will also have talks with a number of leaders during her stay in New York. The PM is expected to return home on October 1 next.