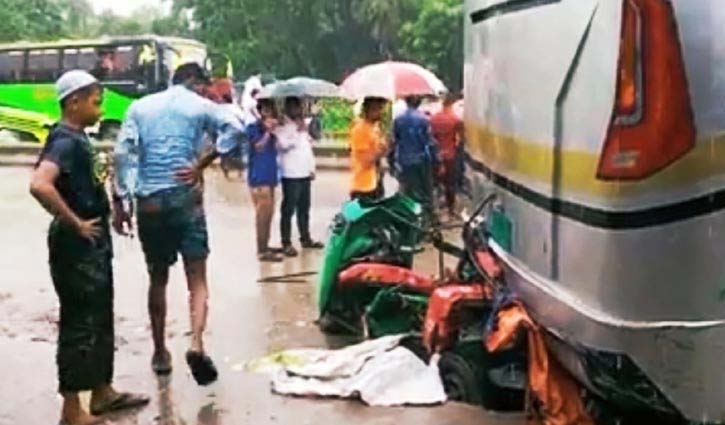 Three people were killed and two others injured in a collision between a bus and a CNG-run auto-rickshaw on Cumilla-Noakhali Road in the district's Manoharganj upazila on Saturday.
The identities of the deceased could not be known immediately.
The accident occurred around 8am when the speeding Dhaka-bound bus of âHimachal Paribahanâ from Noakhali hit the auto-rickshaw in the Natherpetua area, police said.
The crash left three occupants of the auto-rickshaw dead on the spot, while two other passengers sustained injuries, said Zafar Ahmed, a sub-inspector at Natherpetua police post.
The injured have been admitted to Laksham Upazila Health Complex. The bodies of the deceased were sent those to the local hospital morgue, the officer said.