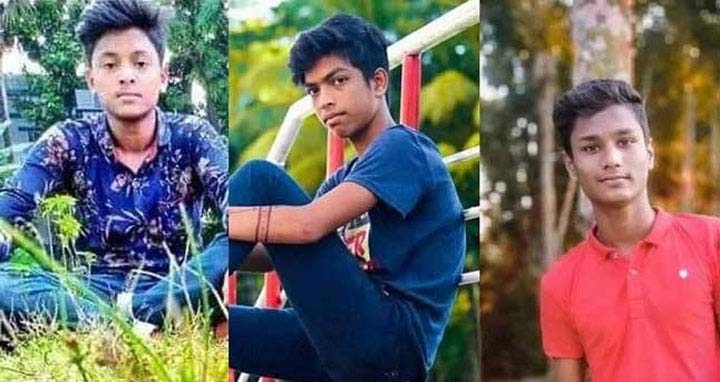 Three teenagers were killed when a speeding bus hit their bike on Shaheed Abdur Rab Serniabat bridge in Barishal city on Friday evening.
The deceased were identified as Siam, son of Sumon Hawladar, Chayan Das, son of Joydeb Das, and Rabbi of Bakerganj municipality area. All of them were aged between 15 and 17 years and students of Class X.
Asaduzzaman, officer-in-charge of Bandar police station, said the accident occurred in the evening when the bus belonging to âRatul-Rohan Paribahanâ rammed the bike at a high speed.
The three seriously injured teens were rushed to Sher-e-Bangla Medical College and Hospital, where doctors declared them dead on arrival.
The three friends, along with 15 others, had gone on a day trip to Barishal city on six bikes.