No delay in finalizing regulations on Trans fat 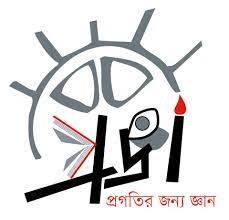 Staff Reporter: Speakers in a workshop in the capital stressed on quick finalizing of regulations limiting trans fatty acid (TFA) in food chain.
They have given importance on the point of view that intake of high levels of industrially produced trans fat with food causes heart diseases that claims lives of almost half a million people all over the world.
Bangladesh ranks among the 15 countries with the highest burden of deaths from coronary heart diseases due to TFA intake according to the World Health Organization (WHO) report.
In these situations, authorities are yet to finalize the draft regulations on limiting TFA.
To shed light on the progress of the issue along with the needful actions of mass media, PROGGA (Knowledge for Progress), an advocacy and research organization, organized a journalist workshop titled âTransfat Limiting Regulations: Progress and Way Forwardâ at the Shaheed Doctor Shamsul Alam Khan Milon Conference Room of BMA Bhaban in association with Global Health Advocacy Incubator (GHAI).
Journalists from a number of print and online media houses participated in the workshop.
Abu Ahmed Shamim, Associate Scientist of BRAC University, said at the workshop, âIndustrial trans fat is a toxic food element that causes increased risks of premature death from heart diseases. Dalda or bonospoti ghee and various foods made from it as well as fast food and bakery products contain TFA.â Â
Dr. Sohel Reza Chowdhury of the National Heart Foundation Hospital and Research Institute, told, âOur researchers have found that 92 per cent sample of bonospoti from Dhaka to contain more than 2pc of TFA which exceeds recommendations by the WHO. It is very alarming." Â
PROGGA informed at the workshop that WHO has set the target to eliminate industrially produced TFA from the global food supply chain by 2023.
Speaking about the progress of the finalization process of the regulations, Member of the Bangladesh Food Safety Authority (BFSA) Monzur Morshed Ahmed said, âThe Ministry of Food has already sent the regulations to the Ministry of Law for vetting in order to finalize it. We have high hopes that it will be finalized very soon.â
Bangladesh Country Lead of Global Health Advocacy Incubator (GHAI) Muhammad Ruhul Quddus said, âThe economic impact of eliminating trans fat is immense.â
On behalf of PROGGA, the keynotes at the workshop were presented by the Team Leader of Trans Fat Elimination Project Md. Hasan Shahriar and the Project Coordinator Mahmud Al Islam Shihab.
Among others, News Editor of ATN Bangla Nadira Kiron and Executive Director of PROGGA ABM Zubair were present at the workshop.