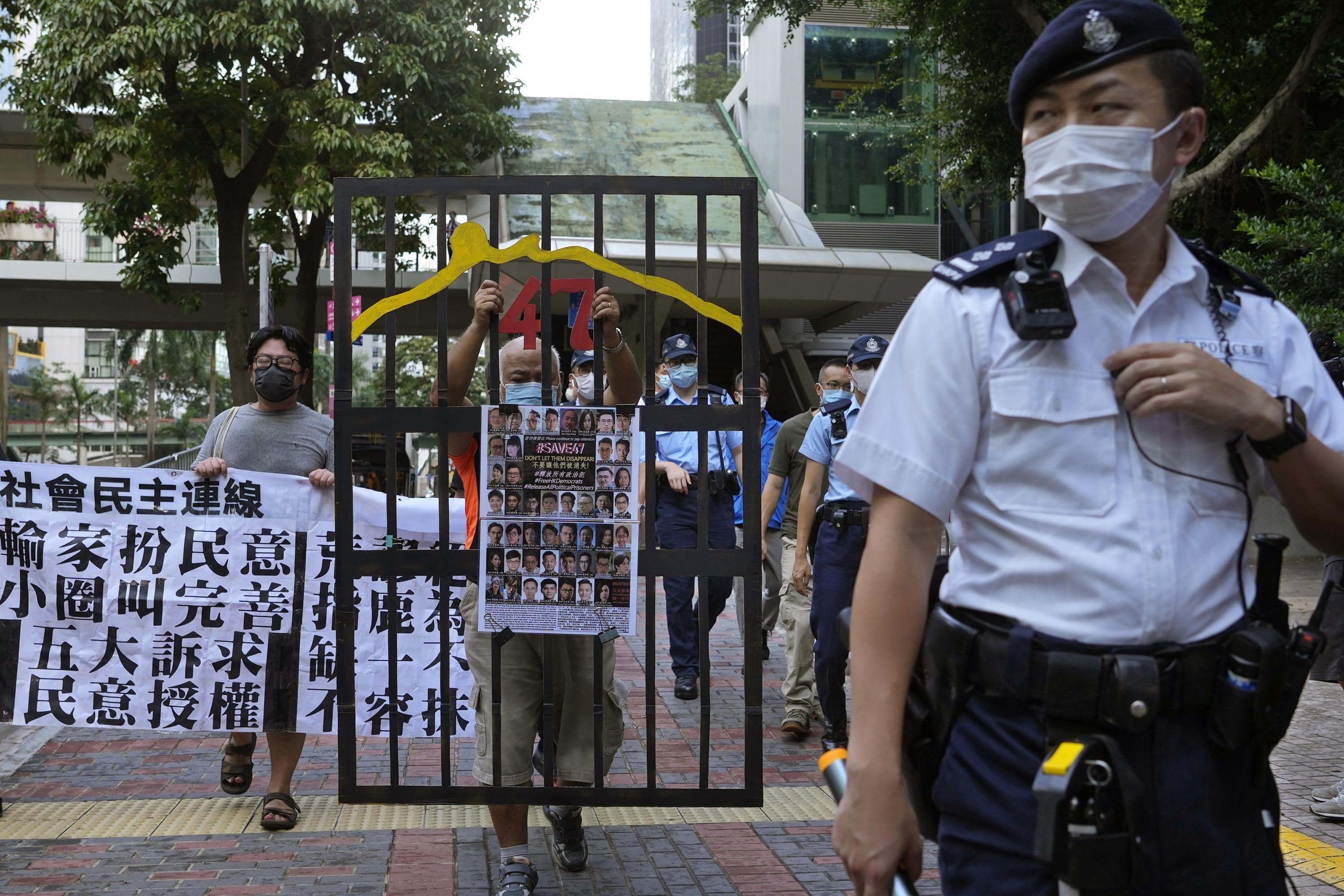 Select Hong Kong residents voted for members of the Election Committee that will choose the city's leader in the first polls Sunday following reforms meant to ensure candidates with Beijing loyalty.
The Election Committee will select 40 of 90 lawmakers in the cityâs legislature during elections in December, as well as elect the Hong Kong leader during polls in March next year.
In May, the legislature amended Hong Kongâs electoral laws to ensure that only âpatriotsâ â people who are loyal to China and the semi-autonomous territory â will rule the city. The committee also was expanded to 1,500 members, from 1,200, and the number of direct voters for committee seats was reduced from about 246,000 to less than 8,000.
The restructured electoral process guarantees a vast majority of the Elections Committee will be largely pro-Beijing candidates, who are likely to choose a chief executive and nearly half of lawmakers who are aligned with the ruling Chinese Communist Party.
âTodayâs Election Committee elections are very meaningful as it is the first elections held after we have improved the electoral system to ensure that only patriots can take office,â Hong Kong leader Carrie Lam said.
The changes are part of a broad crackdown on Hong Kong civil society following mass pro-democracy protests in 2019. Authorities have tightened control over the city with a sweeping national security law imposed by Chinaâs Communist Party that effectively criminalized opposition to the government. The law and other changes have forced several civil organizations to disband or seen their leaders arrested.
Critics say the changes restrict freedoms Hong Kong was promised it could maintain for 50 years following the territoryâs 1997 handover to China from colonial Britain.
The nearly 4,900 voters representing different professions and industries who went to polls Sunday under a heavy police presence will choose among just 412 candidates for 364 seats in the Election Committee. Other seats were uncontested or held by people chosen based on their titles.
Itâs not yet known if Lam will seek reelection in March. She said the new Election Committee will be broadly representative as it included more grassroots organizations and associations that represent Hong Kongers who live and work in mainland China.
Sunday's vote was taking place at five polling stations heavily surrounded by police. Local newspaper South China Morning Post previously reported 6,000 police officers would be deployed to guard the polls, outnumbering the number of voters.
Results are expected Sunday night.
Four activists from pro-democracy political party League of Social Democrats staged a small protest near the polling station in the Wan Chai neighborhood. They laid out banners criticizing the âsmall circle electionâ as having a pretense of representing public opinion.
The four were stopped and searched by the police.