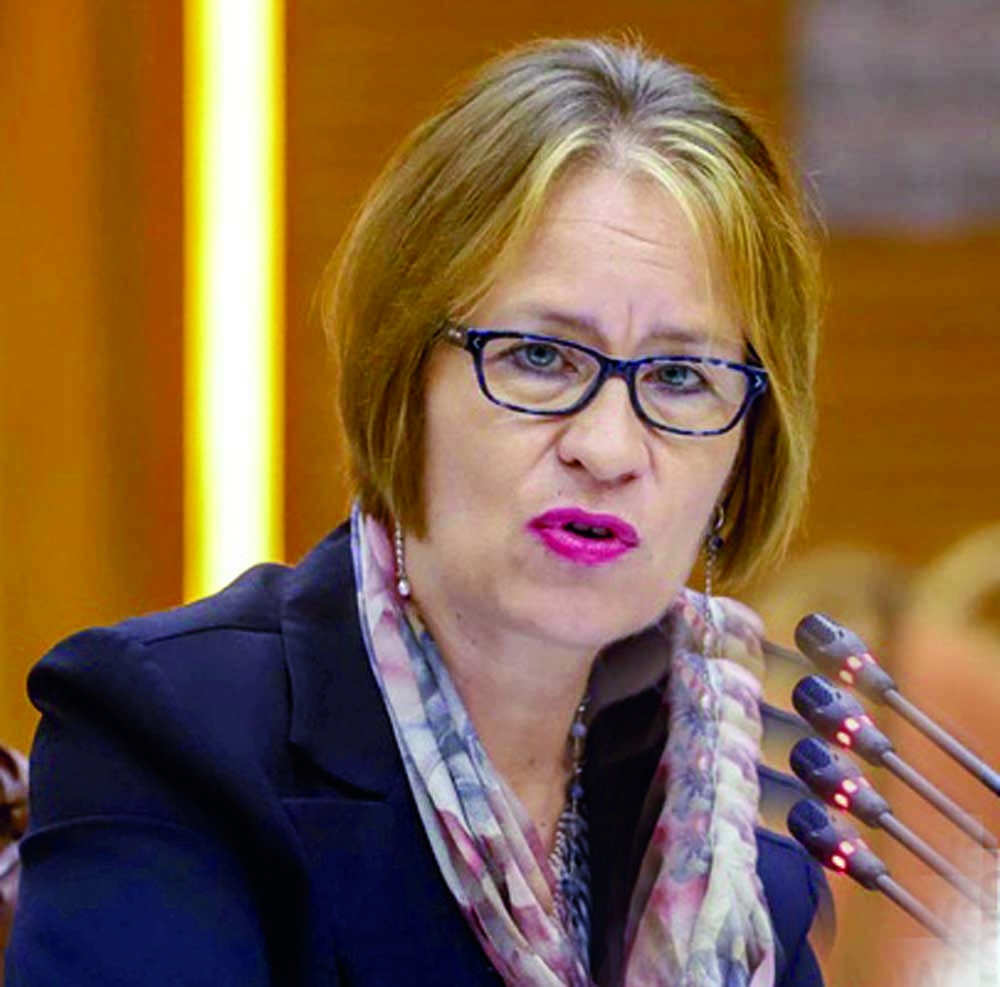 News Desk :
It has become difficult to keep international attention on the Rohingya issue amidst the Afghanistan crisis, says UN Resident Coordinator in Dhaka Mia Seppo.
The UN official made the comment during an event organised by the Diplomatic Correspondents Association, Bangladesh, or DCAB, at the Foreign Service Academy on Sunday, reports bdnews24.com.
"The Rohingya crisis is seen as being protracted in the assessment of many," she said in response to a question about whether the US pullout from Afghanistan and the Taliban takeover has redirected international attention away from the Rohingya situation.
The reality is that the Afghanistan situation is drawing interest, increasing the challenge, Seppo said.
"It is a fact that it is challenging to keep global attention on a protracted crisis," she said. "Equally as the crisis becomes protracted, the challenge of mobilising resources for a response of the size and magnitude and cost of what we have down in Cox's Bazar increases. Making sure that the Rohingya crisis does not become a forgotten crisis is a shared responsibility."
"Obviously Bangladesh, through its foreign policy, is doing a lot to ensure the crisis is not forgotten," she said.
"Friends of Bangladesh, donors who support the response must equally keep the focus on the crisis and the UN system, from the secretary-general to [UN High Commissioner for Refugees] Fillippo Grandi to so many other heads of UN agencies equally need to keep the focus on the crisis."
Seppo noted that discussions regarding UN involvement in the transfer of Rohingya refugees to Bhasan Char were in its final stages. The UN is looking to support the government's efforts and those of NGOs working there, she said.
"We are joining this partnership as soon as we have agreed on the memorandum of understanding and we are looking forward to carving out a role for the UN system."
However, the UN's role in Bhasan Char will likely be 'a little different' from the role in Cox's Bazar, she said.
Regarding the situation at Bhasan Char, Seppo said: "The government has invested a massive amount in Bhasan Char with an aim to make it habitable. As an agency working for the protection of refugees, that is also what the UNCHR wants. With that in mind, we are currently in the middle of discussions."
The Bangladesh government has recently rejected a framework for funding proposed by the World Bank for refugees that suggested social integration as one of several 'good practices'.
Mia Seppo said the issue had led to a 'bit of a misunderstanding' with the Bangladesh government.
"The World Bank has a global funding window for refugees."
"Those good practices include issues like global reintegration, but that does mean the World Bank or UNHCR wants to drive that in Bangladesh. The government of Bangladesh is very clear on what its policies are regarding the management of this complex crisis. So, I think it's important to understand the policy that governs the overall funding window and that's not kind of what is applicable to Bangladesh. What we obviously need to discuss is how to ensure we have a response which is adequate."
When the UN refers to social cohesion, that doesn't mean integration into the population, she said. It's just making sure that the situation is calm as long as these people are hosted in Bangladesh and until the situation allows for their return.
"I think it's important to understand just how difficult the situation in Myanmar is. I think we should not understate that the country is, in the view of many, going through a civil war. I mean the situation is so incredibly difficult."
This is only exacerbated by a crumbling response to the COVID pandemic, the politicisation of support coming into the country and major disagreements between UN member states on how to position themselves with regard to the current Myanmar government, she said