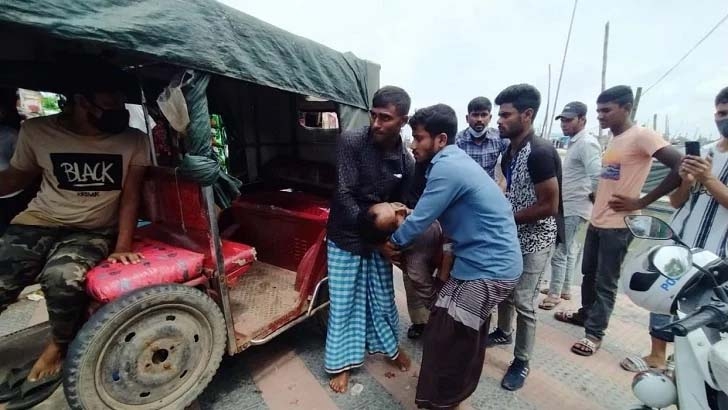 TwoÂ  people were shot dead while at least 31 suffered bullet wounds in election-related gunfights in Cox's Bazar Monday morning.
The deceased were identified as Abul Kalam (40) and Abdul Hakim.
An initial incident took place at Noapara Madrasa Center in Qutubjom Union of Maheshkhali Island.
According to witnesses, supporters of Awami League candidate Sheikh Kamal and rebel candidate of the same party Mosharraf Hossain Khokon locked horns as they tried to seize control of the center around 9 am.
Things turned fatal when what started as a brawl turned into a straight up gunfight between rival goons.
Abul Kalam died and six others were wounded during this time.
Confirming the matter, Maheshkhali Police Station OC Abdul Hai said, "I have received news of one death in the clash between the two sides. The injured have been rushed to hospital.â
The second incident took place at Baragop union of Kutubdia upazila.
Confirming the matter, the Officer-in charge of Kutubdia Police Station Omar Haider said that a man namedÂ  Abdul Halim was shot dead and as many as 25 were wounded in a clash between supporters of two candidates.
Details on the incident would be informed soon, he said.
Balloting at 160 union parishads spread across six districts began at 8am Monday and will continue till 4pm without any break.
In Coxâs Bazar, voting started in the 1st phase of elections in Chakaria and Maheshkhali municipalities of Cox's Bazar and 14 union parishads of four upazilas.
Earlier, our Cox's Bazar correspondent reported that balloting was moving at a snailâs pace, after visiting the Saborong High School polling center in Teknaf.
Till 11am, 3 hours into voting, just 150 out of nearly 3,000 voters registered to vote at the centre had cast their vote.Â  Both men and women were seen standing in long queues waiting impatiently to exercise their right to franchise, and there was tension.
If the status quo continued, the voting scenario at the district might turn chaotic real soon, pur correspondent had warned
According to the Cox's Bazar District Election Office, the number of voters in Maheshkhali municipality of the district is 19,484 and in Chakaria municipality 48,724. There are 59 booths in 10 polling stations in Maheshkhali and 139 booths in 16 polling stations in Chakaria municipality.
The total number of voters in 14 unions of Pekua, Kutubdia, Maheshkhali and Teknaf upazilas of the district is 311,234 people.
The large number of injured means the death toll may rise, even without any further outbreaks of violence.