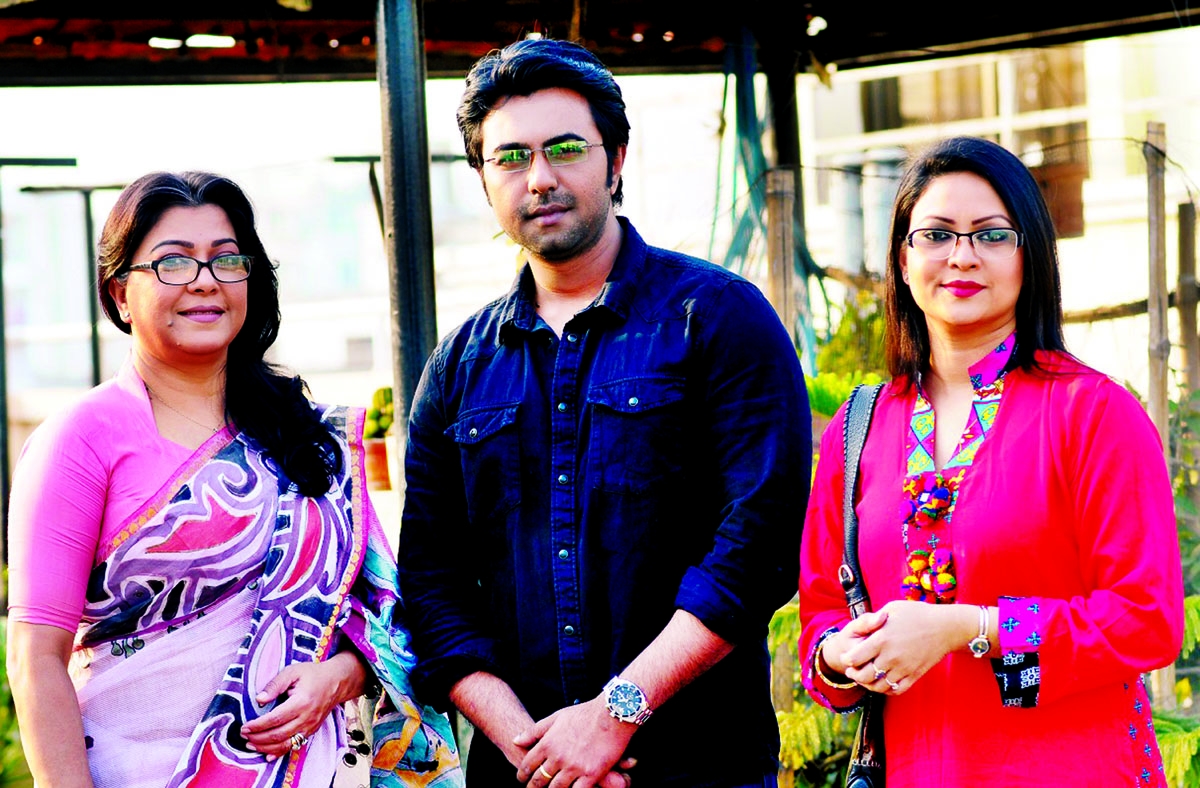 Parvin Sultana Diti, Apurbo and Richi Solaiman performed together in a special dayâs play, which will go on air on NTV on the occasion of upcoming Independence Day.
These three popular performers will be seen in Chayanika Chowdhury directed play titled Alo Chhaya. Chayanika has also written story of the play.
Diti has performed in role of Apurboâs mother in the play. On the other hand, Richi performed against Apurbo.
While talking about the play director Chayanika told this correspondent, âI am very much hopeful about this play. I am not telling its story now. Viewers will get something new in this play. I am requesting to the viewers to watch the play.â
Diti shared her feelings by this way, âEarlier I had worked under the direction of Chayanika Chowdhury. She tries to do her work sincerely and in organised way. Therefore, she gives freedom to the actors in her directed play.â
Produced under the banner of Red Box Hasan Imam also performed in the play besides Diti, Apurbo and Richi.
However, Diti recently finished work of actress Naznin Hasan Chumki directed telefilm titled Parijat. Therefore, she will be seen in role of Police Commissioner in movie Most Welcome 2.
It may be mentioned that Richi last performed in Chayanika Chowdhury directed play Tumi Boshontey Esho.
On the other hand, Apurbo has finished dubbing of his acted debut movie titled Gangster Returns on Tuesday.
Richi and Apurbo first performed together as pair in Chayanika Chowdhury directed play titled Jete Pari Kintu Keno Jabo.Â Â Â