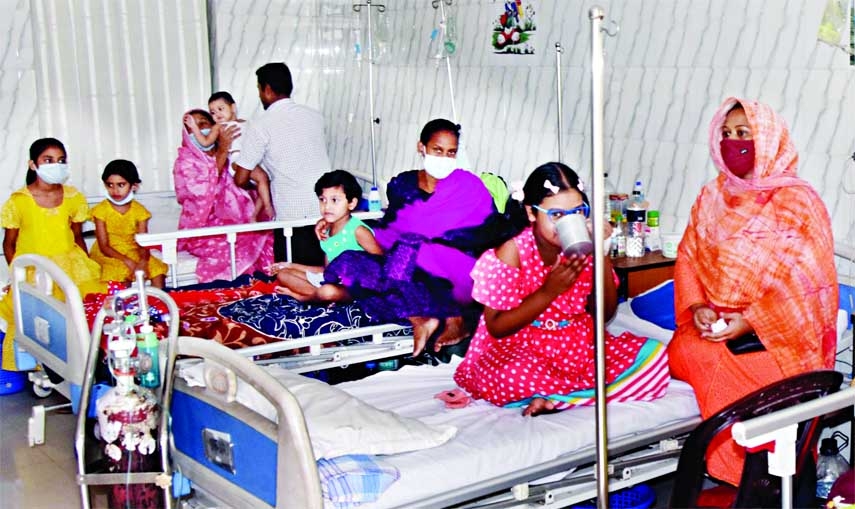 UNB :
As the number of dengue patients keep rising in Bangladesh, 275 new patients were hospitalized across country in 24 hours till Monday morning, said the Directorate General of Health Services (DGHS).
The number of fatalities from the mosquito-borne disease remained static at 59 as no death was reported during the period.
Among the new patients, 211 were undergoing hospital treatment in Dhaka while the remaining 64 cases were reported from outside the division, according to DGHS.
Some 1,072 patients diagnosed with dengue are receiving treatment in the country as of Monday morning.
Of them, 857 patients are receiving treatment at different hospitals in the capital while the remaining 215 were listed outside Dhaka.
Among the deceased, 54 died in Dhaka city alone, two each in Chattogram and Khulna divisions and one in Rajshahi.
Some 15,976 patients have been admitted to different hospitals with dengue since January.
So far, 14,845 dengue patients have left hospitals after recovery, said DGHS.
The number of dengue patients hospitalized in a single day was the highest with 343 patients on September 7.
In the month of August the country recorded the highest number of 7,698 dengue cases of the current year.
In July, 2,286 people were diagnosed with dengue and 12 died while in June 272 cases were recorded with no deaths.