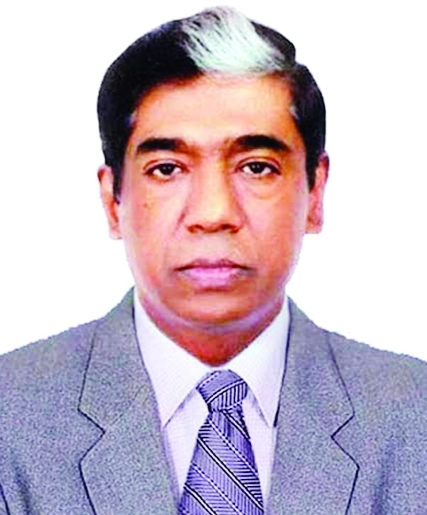 UNB :
Prof Pran Gopal Datta, former vice-chancellor of Bangabandu Sheikh Mujib Medical University (BSMMU), was declared elected unopposed in Cumilla-7 by-polls on Monday morning.
He was formally pronounced the winner of the by-polls around 11:00am, Election Officer Md Dulal Talukder told UNB. His parliament membership was confirmed when NAP nominee Monirul Islam, the only person challenging him for the post, withdrew his candidature on Saturday. The constituency fell vacant when Ali Ashraf, then MP of the constituency, died at a hospital in Dhaka.
bdnews24.com adds: At the height of his popularity as an otolaryngologist, or ear, nose and throat (ENT) specialist, Dr Pran Gopal Datta served as the vice chancellor of Bangabandhu Sheikh Mujib Medical University.
Honoured with the Independence Award in 2012 for his contributions to medical services, Datta was also Prime Minister Sheikh Hasina's personal physician.
Now the eminent physician is about to add another feather to his cap by taking on the role of a public representative.
On Monday, Datta was elected as the MP from the Cumilla-7 parliamentary constituency, which was vacated due to the death of former deputy speaker Md Ali Ashraf.
Datta was elected uncontested and will start his formal political career after being sworn in.
The 68-year-old ENT specialist is the vice president of the northern chapter of the Cumilla district Awami League.
Datta told bdnews24.com in an interview that he will never stop providing service as a doctor and will continue treating patients as before, despite adopting a new role.
Datta thinks of West Bengal Congress leader Dr Bidhan Chandra Roy as his role model.
"Dr Bidhan Roy died on Jul 1, 1962 at the age of 80. He saw 15 patients until the evening of Jun 30, 1962 and passed away in his sleep. I want a death like his - where I provide medical service to my last breath."
This mentality is due to his passion for the medical profession, he said.
"I'll never stop providing medical service. I believe it is my profession that has granted me the achievements I have in life. I can't turn my back on it for my political career. Instead, I will try and expand the horizon of my achievements instead. This is how I feel."
Datta expressed his gratitude to other candidates in the by-election for their withdrawal from the race, which paved the way for his unopposed victory.
One of the other candidates, NAP leader Monirul Islam, was once Datta's student, as well as a student of Datta's brother.
"After my SSC exams, I taught at the village school, where my brother was the headmaster. [Monirul] was a student there."
He believes the two candidates who withdrew from the race did so out of their respect for him.
"They (the other candidates) submitted their nominations to prevent some rebel candidates of the Awami League from running in the election. When no rebel candidates ran, they withdrew their candidacy. I am also grateful to the Jatiya Party candidate."
Pran Gopal Datta is now busy planning how to balance public service, medical service and social work after becoming an MP.
"I'll share my plans with you in the future," he said. Datta is travelling to his Cumilla constituency on Monday.
The returning officer in the election has announced his victory and a public notice has been issued on the matter. Datta wants to talk in detail about his upcoming plans in a few days.
Born on Oct 1, 1953 at Cumilla's Chandina, Pran Gopal Datta passed his SSC examinations in 1968. He was then admitted to Cumilla Victoria College.
After his HSC in 1970, Datta received an admission offer from Dhaka University. But he chose to go to Chattogram Medical College in accordance with his father's wishes.
He joined the Liberation War and later returned to medical college after Bangladesh gained its independence. He graduated from medical college in 1976 and joined the government service. After four years, Datta went to Russia to pursue a higher education.
Pran Gopal Datta returned home from Russia in 1983 and joined Chattogram Medical College as an assistant professor. Over the course of a long career, Datta held the position of vice chancellor of BSMMU for two terms.