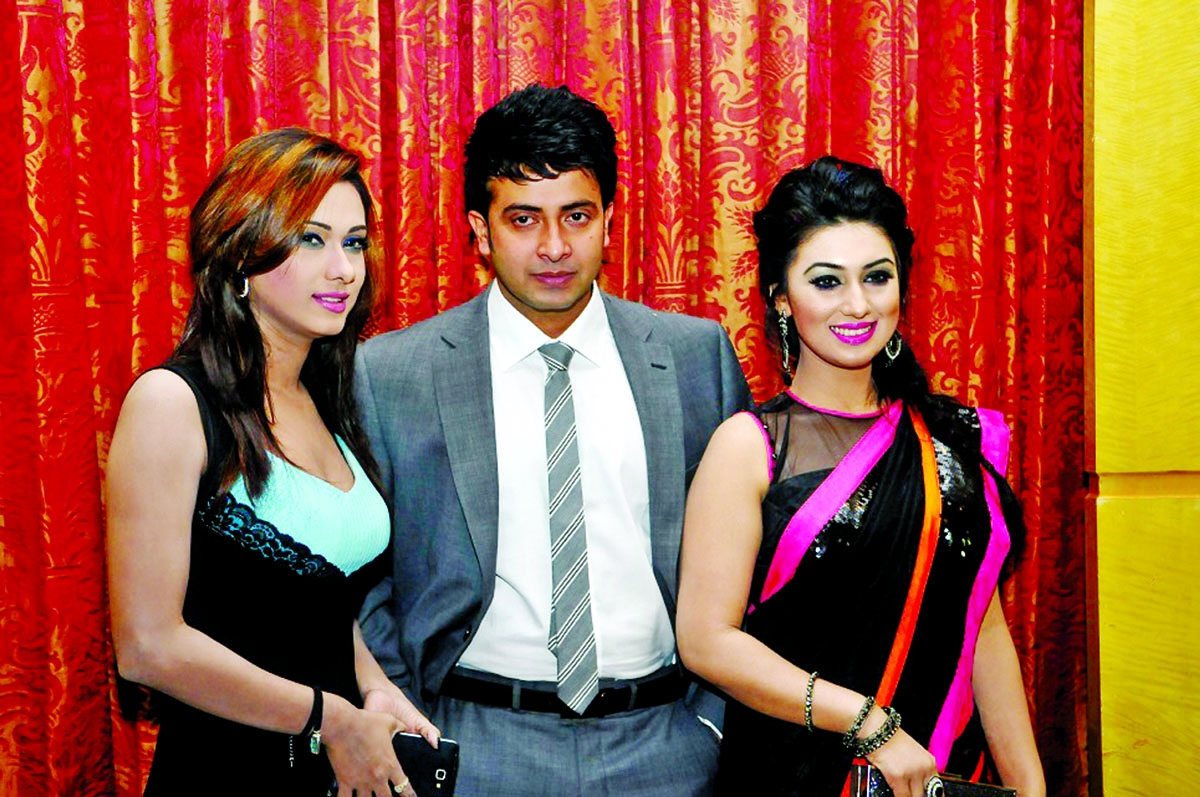 Popular hero Shakib Khan has started his new work in film arena. He is going to produce a movie. He started his career as film producer by movie Hero - the Superstar. Name of his production house is SK Films.
To introduce performers and others of the movie, Shakib Khan arranged a press conference in a city hotel on Monday evening. The conference began under the moderation of popular host and news presenter Farhana Nisho.
Film directors Chashi Nazrul Islam, Shahidul Islam Khokon, FI Manik and Sohanur Rahman Sohan, veteran hero Uzzal, among others, spoke at the conference.
While talking about his production Shakib Khan said, âToday is really a red letter day in my life. I want to pass my coming days with everybodyâs cooperation. Everybody pray for my first produced movie.â
Shakib Khan acted movie Hero - the Superstar will be directed by Bodiul Alam Khokon.
Apu Biswas and Bobby will also perform against him. Therefore, Misha Shaodagar, Amit Hasan, among others, will also perform in other roles in the movie, Shakib said.
âShooting of movie Hero - the Superstar will begin at Floor No 2 of Bangladesh Film Development Corporation (BFDC) from February 16,â Shakib also said.