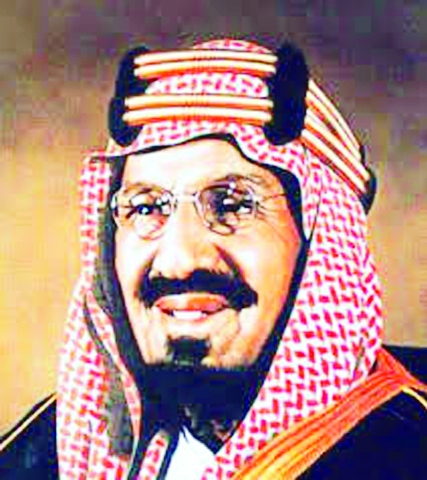 Salman bin Abdul Aziz bin Abdul Rahman bin Faisal bin Turki bin Abdullah bin Mohammed bin Saud was born on December 31, 1935 in Riyadh. His Mother is Hessa Bint Ahmed Al Sudairi. He was raised in Murabba Palace. He received his early education in the Prince's School in Riyadh, which was founded by his father King Abdul Aziz to provide education to his children. He studied religion and modern science.
At the age of 19, the King started his governmental work, when his father appointed him Emir and Mayor of Riyadh on March 17, 1954. On April 19, 1955 he was appointed by his half-brother King Saud mayor of Riyadh at the rank of minister. He remained in this office until December 25, 1960.
In February 1963, King Salman Bin Abdul Aziz was appointed as Governor of the Riyadh Province. He stayed in this office until 2011. During his tenure in the office, he contributed in the transformation of Riyadh from a mid-sized town into a major urban metropolis, while he also attracted tourism, capital projects, and foreign investment inside his country. Reportedly, his administration of the Riyadh Province was free of corruption.
Conted on Page-15

Conted on Page-14
King of Saudi Arabia:
Custodian of the Two Holy Mosques King Salman Bin Abdul Aziz was proclaimed the seventh King of the Kingdom of Saudi Arabia on 3 Rabi' al Thani 1436H (January 23, 2015), upon the death of Custodian of the Two Holy Mosques King Abdullah bin Abdul Aziz Al Saud.
Salman's Governmental Experience:
On February 4, 1963 Salman was appointed governor of the Riyadh Province. His tenure lasted for 48 years from 1963 to 2011. In January 2011, He ordered against Riyadh beggars to rehabilitate them through a program initiated by the Ministry of Social Affairs.
On November 5, 2011 Salman was appointed Minister of Defense, replacing his full brother, the late Crown Prince Sultan, and late Prince Sattam bin Abdul Aziz
was named the governor of the Riyadh Province. He was also named a member of the National Security Council (NSC).
On June 18, 2012 he was appointed Crown Prince of Saudi Arabia shortly after the death of his brother Crown Prince Nayef Bin Abdul Aziz. He became Deputy Prime Minister also.
His son, Prince Sultan, was the first person of Royal blood, the first Arab as well as the first Muslim to fly in outer space when he flew aboard the Space Shuttle Discovery (STS-51-G) in June 1985.
Since 1956, Salman has chaired various humanitarian and service committees that provide relief for victims of natural and man-made disasters. For his humanitarian services, he has been awarded many medals and decorations, including awards from Bahrain, Bosnia and Herzegovina, France, Morocco, Palestine, the Philippines, Senegal, the United Nations, Yemen, and the King Abdul Aziz Medal - First Class.
He is a recipient of several honorary degrees and academic awards, including an honorary Doctorate from the Islamic University of Madinah, the Prince Salman Academic Award, and the Kant Medal by the Berlin-Brandenburg Academy of Sciences and Humanities in appreciation of his contributions to the field of science.