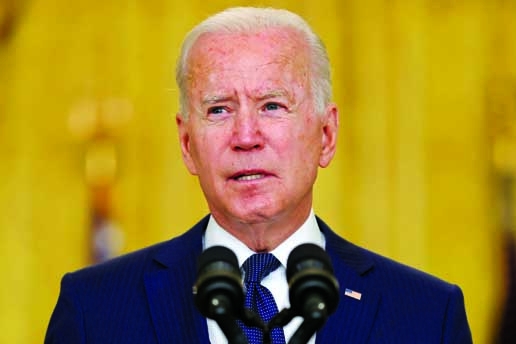 BBC Online :
The US is to donate 500 million more doses of the Pfizer vaccine to developing nations.
President Joe Biden will make the pledge at a virtual Covid-19 summit on the sidelines of the UN General Assembly, US officials have said.
The additional jabs will see the total US commitment on vaccine sharing exceed one billion jabs.
Experts say some 11 billion doses are required to vaccinate at least 70% of the global population.
The World Health Organisation has set a minimum target of 40% vaccine coverage in every country by the end of 2021. But the goal is unlikely to be met. While many high-income countries have now given at least one shot to more than half their populations, only 2% of people in low-income countries have had their first dose, according to data from the University of Oxford.
It's a big pledge but it'll be met with a fair share of scepticism from countries still waiting to vaccinate even 2% of their population.
The US had already pledged 580m doses but delivered only 140m of those so far.
So what's different now? Well, global production has picked up in the past few months and there are doses available.
Rich countries could have 1.2bn spare doses by the end of the year, even if they run booster campaigns, according to science analytics firm Airfinity. 241m of those could go to waste if they're not donated. But these need to be sent very soon.
Covax, the WHO-backed scheme to help distribute vaccines fairly, has told the BBC that too many of the donations it's receiving have come in small quantities, at the last minute and with little time left before they expire.
That makes their job of getting them to where they are needed very hard. If Biden want to meet this ambitious goal of vaccinating the world by this time next year, that will have to change.