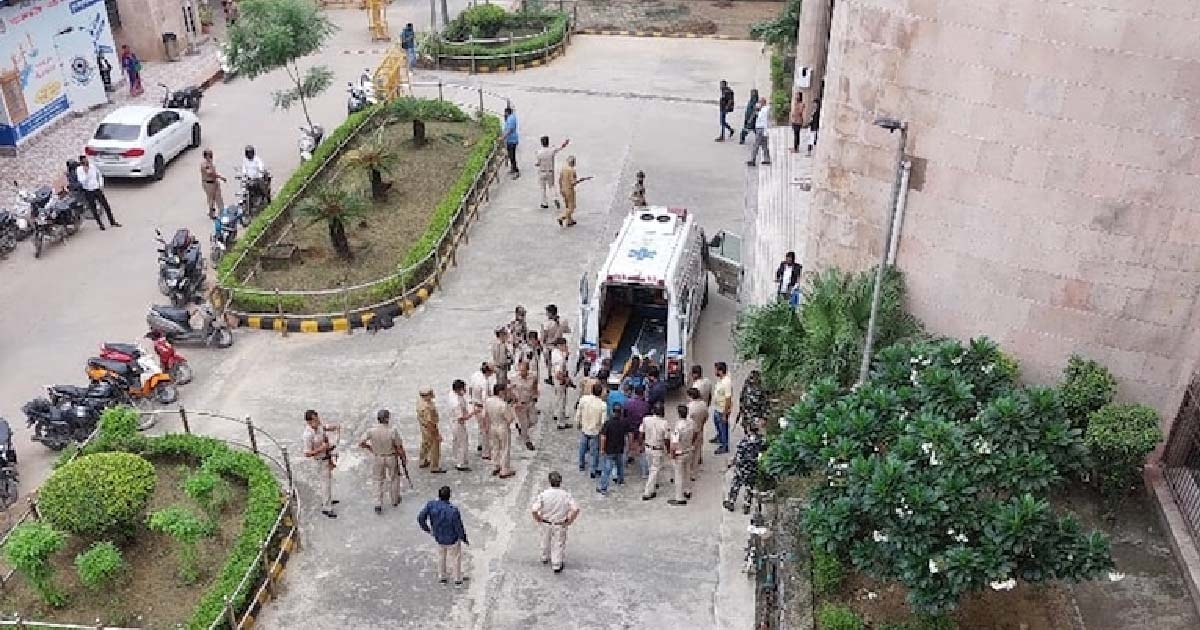 India's national capital Delhi was witness to a bloody gang war on Friday.

Dressed as lawyers, two members of an extortion gang walked into a courtroom in Rohini and gunned down a rival gangster in front of a judge. Policemen escorting the gangster retaliated and shot the duo dead.

The deceased gangster has been identified as Jitender Gogi. The two dead members of the rival 'Tillu gang' are yet to be identified. The shootout, however, left several people, mostly lawyers, wounded.

A video of the shootout -- in which at least 30 rounds were exchanged and lawyers and cops could be seen running for cover -- has gone viral, raising serious questions over security arrangements in courts in Delhi.

Delhi Police Commissioner Rakesh Asthana told the local media that notorious gangster Gogi was brought to the court from Delhi's Tihar jail for a hearing when the rival gang members opened fire on him.

"The police acted swiftly and killed both the assailants. Total three dead, including Gogi,â the police chief said, apparently ruling out a resurgence of gang wars in the capital.

Sources, however, told UNB that the two gangs had been at rivalry for the past four to five years and the attack inside the court was a spillover of the same. "Efforts are on to nab the mastermind behind the daring courtroom attack," an officer said.

"Shocking news of shootout & violence within #RohiniCourt in the national capital.
Why are the Modi-Kejriwal govts sleeping at the wheel? They must be held responsible for making Delhi the National Capital of Lawlessness & Disorder," the party tweeted.