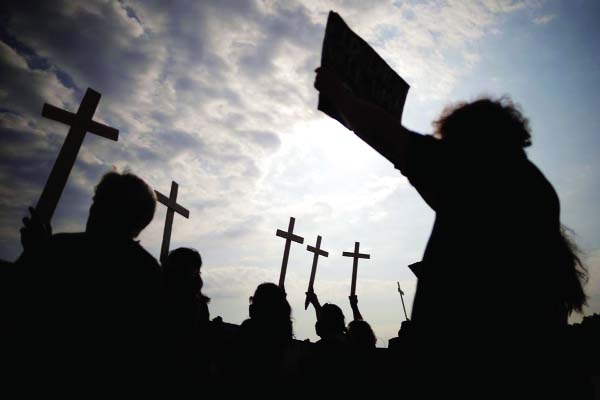 Reuters :
Brazil became the second country in the world to pass 600,000 COVID-19 deaths on Friday, a dark milestone for a government that has been sharply criticised for mismanaging the outbreak.
President Jair Bolsonaro has drawn the ire of health experts for his failure to implement measures to contain the pandemic. He has railed against lockdowns, aired scepticism about vaccines and regularly refuses to wear a mask in public.
But despite Friday's tragic mark, there are now signs that infections in Brazil are finally ebbing, as the country ramps up vaccinations after a slow start. More than 70% of Brazilians have received a first dose, compared to 65% in the United States, which passed 600,000 deaths in June. "The rejection rate of vaccines is really low, it makes other countries jealous," said Alexandre Naime Barbosa, head of epidemiology at Sao Paulo State University. "That's really important for Brazil to contain the pandemic."
Brazil also appears to have been spared the worst of the Delta variant so far, with registered deaths and cases falling despite the arrival of the more contagious strain.
Deaths are down 80% from their peak of more than 3,000 per day in April, and Brazil no longer has one of the world's highest daily death tolls.
The Health Ministry registered 615 new COVID-19 deaths on Friday, taking the total to 600,425 since the pandemic began. Health experts speculate the early devastating effects in Brazil of the Gamma variant, also called P1, may have tempered the course of the Delta variant, which caused cases elsewhere to spike significantly.