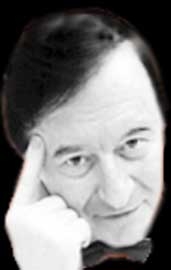 Sir Frank Peters :
There are some people, animals, and birds born lucky. Take for example 'Rainfall' an owl bird. (Not its real name, but a pseudonym given to him to protect his true identity! - Ha!)
During a recent storm, Rainfall was unceremoniously thrown out of family bed from his tree nest by the torrential rain and separated from his two brothers. Â
As it lay on the ground wet, bewildered, miserable and most probably contemplating the meaning of life; an eagle-eyed 8-year-old cherub boy named Frank Peters Ali spotted him among the high grass and went to his rescue.
The lollypop-licking maestro and tiny knight in shining armour, instinctively removed his t-shirt and wrapped Rainfall in it. Then diligently proceeded to dry the water from its soaked feathers.
He then took Rainfall to his home, fed it milk through a syringe, and prepared a comfortable bed made of tissues and an old jumper for his new friend to rest for the night.
Early the following morning, Frank gave his feathered guest the 5-star treatment with breakfast in bed, then climbed the tree and returned him to his two anxious wide-eyed brothers in the nest.
Frank's joy and relief came some hours later when Rainfall's mother returned to the nest and the family was happily reunited.
This goes to prove not only can one person (however young) can show compassion, kindness, make positive change, and bring happiness into a life (albeit an owl).
Niceness is Priceless and it's always comforting to know that even 8-year-olds can teach compassion and kindness.