Apu Biswas busy with her birthday 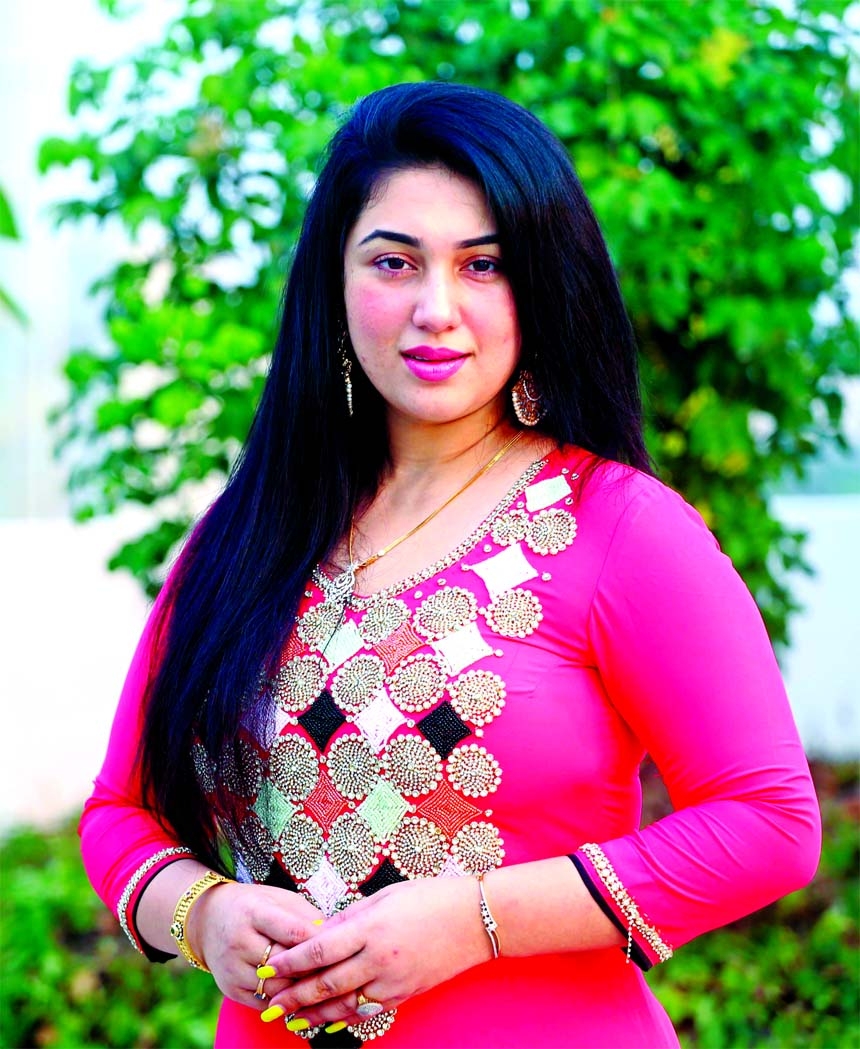 Sheikh Arif Bulbon :
Â Today is the birthday of countryâs one of the popular film actors of present generation Apu Biswas. According to Apu, today she will pass time busy on her birthday. On the first hour of today, Apu celebrated her birthday
by cutting a cakeÂ  in the capitalâs Uttara area which was organised by her fans club. Despite having her engagement with various activities Apu Biswas tried to give time to her fans keeping their requests. After passing times with fans, Apu returned to home and also cut another cake along with her son and family members under a homely arrangement.
Apu said that on the occasion of her birthday, she will attend Channel iâs Tarokakothon today at 12:30pm. Produced by Raju Alim, Apu Biswas will take part in open discussion with the anchor and viewers of the show. Then she will pass time at her residence in the capitalâs Bashundhara area. While talking about celebration of her birthday Apu Biswas said, âIn fact, I didnât have any plan to celebrate my this yearâs birthday amid festivity because I had plan to remain in Pabna on this day to take part in the shooting of a movie. As the shooting was cancelled, so my fans club, my family, among others tried to make the special for me. I give thanks to them. I am also grateful to them. In the meantime, I miss my mother on this day because she was always with me in every birthday of my life. But now she is not alive. Without mother, everything seems void to me. I believe God may take my mother to the heaven. Everybody prays for my son Joy and me.â
Meanwhile, at the end of this month, Apu Biswas along with a bunch of celebrities are going to join a film festival in Guwahati in Assam, India. It will be a government tour where Bangladeshi films will be screened. Apu went to Pabna to take part in the shooting of movie Prem Preeti Bondhon. After few days shooting, it was cancelled due to huge people of that region gathered there. It hampered to continue the shooting. She has already finished shooting of government-grant movie Chhayabrikkho directed by Bondhon Biswas. Apu-starrer and Debashish Biswas directed movie Shwashurbari Jindabad-2 is waiting to get release date. Therefore, Apu also acted in Dayel Rahmanâs movie Isha Kha. Priyo Komola was her acted last released movie, Apu also said.Â Â Â Â Â