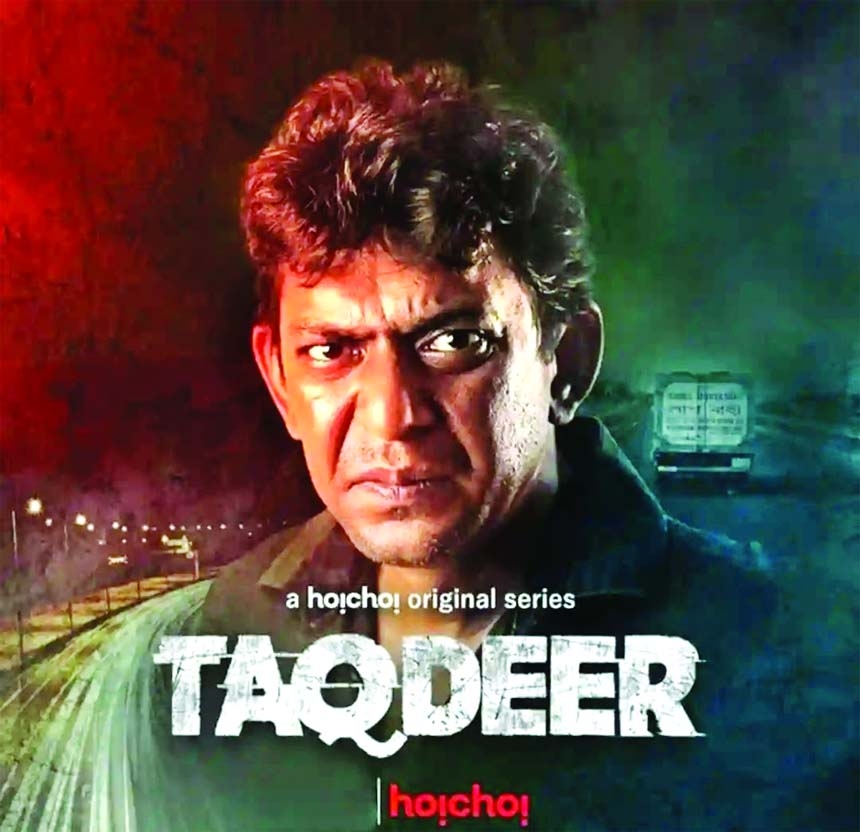 Entertainment Desk :
Syed Ahmed Shawki directed popular web series Taqdeer bagged the Best Regional Web Series of the year in the âGoldâ
category at the Promax India Award. Â
It features a stellar cast including
Chanchal Chowdhury, Manoj Pramanic, Partha Barua, Sanjida Preety among
others. Chanchal Chowdhury shared
the news of Taqdeerâs achievement with
his fans on his Facebook account.
The Aynabaji famed actor is being
showered with praises for his stunning performance in Taqdeer.
The eight-episode series premiered on Hoichoi in December 2020. To grab the title of the Best Regional Web Series of the Year, Taqdeer had to compete with other series from Hotstar, Zee 5 Global, Alt Balaji and Voot. Chanchal Chowdhury starring the upcoming web series Boli will also stream on Hoichoi.