Ratree debuts her career in acting 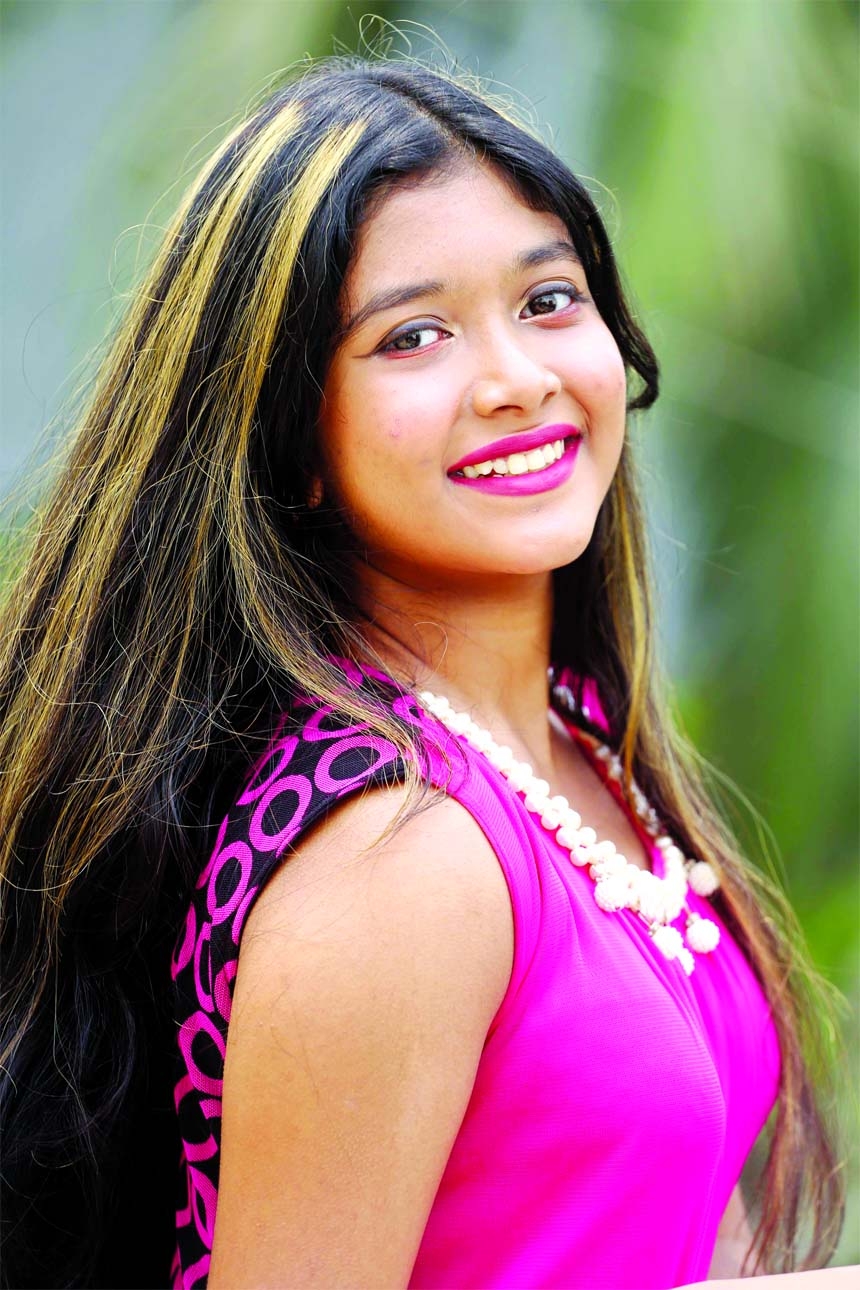 Entertainment Report :
Before Ratreeâs debut, her elder sister popular theatre, television and film actor of present generation Chamok Tara started her career in acting. Basically her elder
sisterâs inspiration, Ratree came into the field of acting. Student of Class-VII, Ratree has already acted in a short film titled Nari, which was released on Sunday on YouTube channel of Chamok Tara. Directed by Chamok Tara, Iftekhar Ahmed Nabil wrote story of
the short film. Ratree started her acting career under elder sisterâs direction. For this reason, she is very much excited.Â  While sharing her feelings in this regard Ratree said, âWhen Apu started acting in
theatre, TV and cinema I did not know what is acting. But at one stage, I understood about acting. From that time, I dreamt to stand in front of the camera. But due to various reasons, I couldnât get the scope for acting. In the meantime, Apu launched her YouTube channel. She released some works there. She also got response for those works on her YouTube channel. From that time, I started to see dream more. At last, after acting in short film Nari my dream came into true. Chamok Apu did not make me nervous during shooting of the short film. But I was nervous itâs true but tried to give my level best effort to portray my character properly. Now viewers will give their judgment about my performance in the short film.â
Ratree also said, âIf my family co-operates me, then I will be regular in acting. According to Ratree, her elder sister Chamok is her favourite actor because Ratree was brought up to watch her sisterâs acting. For this reason, I like my Apuâs acting. My mother is our world. We miss our father a lot. If my father alive he will surely become happy for us.â
Chamok Tara said, âNow Ratree will work only for my YouTube channel. She will study properly now. There are many times for her acting. Basically Ratree started acting only for fascination. If she wants to take acting professionally I have no objection in this regard. At first, she should complete study successfully.âÂ Â