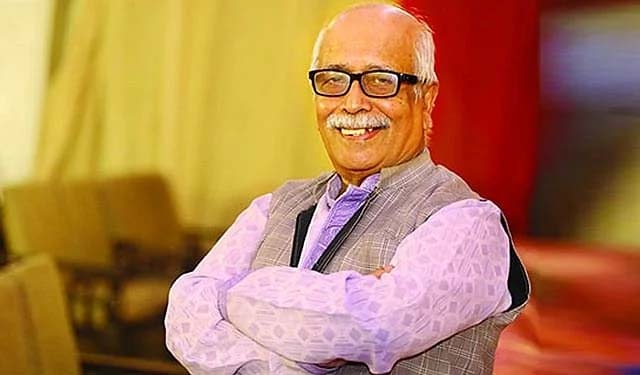 Ekushey Padak-winning legendary actor and dramatist Dr Enamul Haque passed away at his Bailey Road residence in the capital on Monday. He was 78.
General Secretary of Actors Equity Bangladesh Ahsan Habib Nasim said Dr Enamul Haque was taken to Islami Bank Central Hospital at Kakrail in the afternoon as his pulse was not found and doctors at the hospital pronounced him dead.
The sudden departure of Dr Enamul Haque, also a teacher, has left a shadow of grief on the countryâs cultural arena.
Born on May 29, 1943 in an aristocratic Muslim family in Feni, Dr Enamul Haque earned his bachelor's and master's degrees in chemistry from the University of Dhaka in 1963 and 1964, respectively.
In 1965, he joined as a lecturer at BUET's chemistry department and became an Assistant Professor in 1970. For his research in the subject of synthetic organic chemistry, he received his PhD from the University of Manchester, UK, in 1976 and also worked as a post-doctoral research fellow in medicinal Chemistry, Pharmacy Department for the same university till 1977.
After returning to Bangladesh, he became BUETâs Associate Professor and Professor in 1979 and 1987 respectively.
He served as the chairman of the Department for 15 years and also acted as the Dean of the faculty of Engineering for two years.
A legendary thespian and dramatist in Bangladesh, Enamul Haque started his journey in the cultural sphere of the country by acting on Mustafa Monwar's tele-fiction "Mukhora Romoni Boshikoron" in 1968.
In the same year, he began working as a dramatist, and so far he has written nearly 60 television dramas including "Oneekdiner Ekdin," "Sheishob Dingulo," "Nirjon Shoikot," and "Ke Ba Apon Ke Ba Por".
He staged and participated in several street dramas against the government of Pakistan in different parts of Dhaka city, during the mass uprising in 1969 and the 1971 Liberation War.
Dr Enamul Haque left behind wife Lucky Inam, a renowned thespian herself, and two daughters, actor Hridi Haque and Proitee Haque.