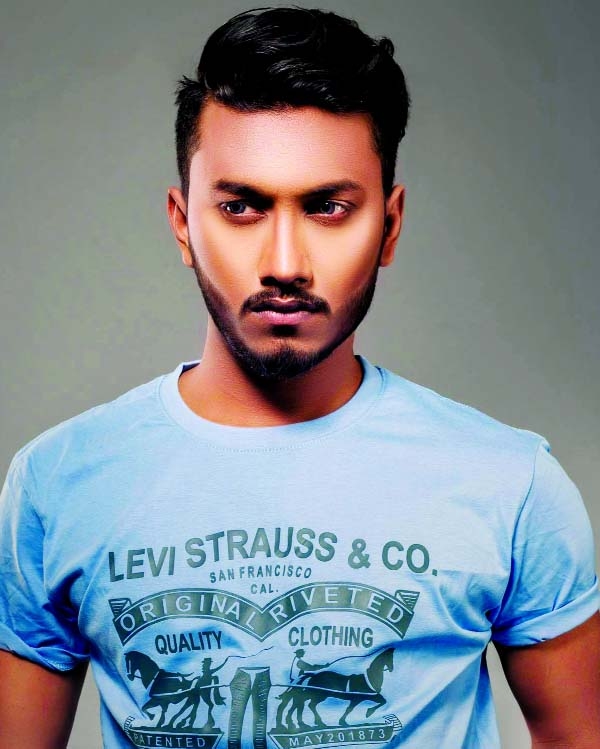 Entertainment Report :
Promising actor Arfin Xunayed wanted to be a cricket player. He had a strong will to play for the Bangladesh National Cricket Team. So, in his early career life, he tried his luck there. But it seems like, destiny had some other plans. Due to his injury, he had to leave playing and bury down his dream. But he didnât give up on life. He turned his interest in acting. Today, he is a popular face in the field of acting. He is one of them who are currently leading the media.
Though Arfin was born in an ordinary family in Mirpur of Dhaka, but his childhood was spent in Saudi Arabia; along with his family. He always wanted to come back to Bangladesh - to his origin, his root. Finally, in 2010 he came back to Bangladesh. His happiness knew no bounds. He knew he wanted to do something great that the whole country would know his name. It was 2015, when he started his journey in the media sector. Gradually, people started to watch his works and started loving his videos. He even has his own YouTube channel, where he has more than 1 million followers from all over the country.