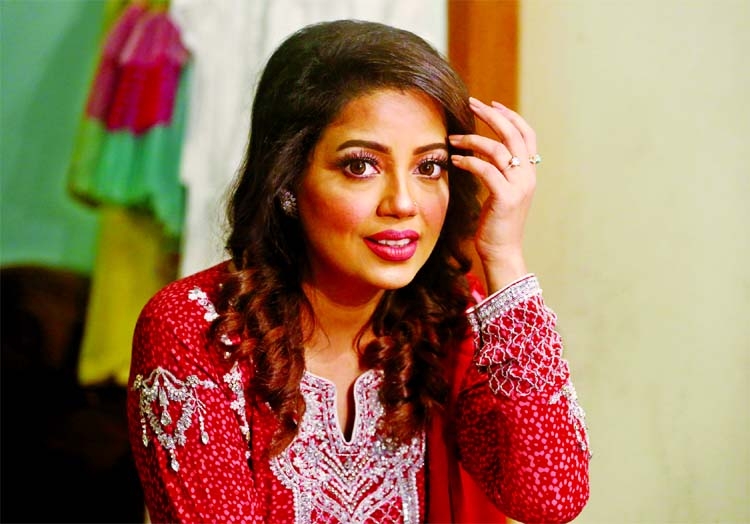 Sheikh Arif Bulbon :
Popular singer of the present generation Dilshad Nahar Kona has become busy with stage shows now. According to the singer, she will remain busy round this month with different stage shows. Besides performing in stage shows, Kona is also passing time to lend her voice for new original tracks, to give time for music videos and also to give time to lend her voice for jingles. On Sunday, she took part in the music video of talented music composer, director and singer Shanâs song titled Firey Jete Chai Ami. This song was earlier rendered by Kona. On that day, she only took part in its music video. This time singer Shan himself has made the music video. Shooting of the music video was done in the capitalâs New Eskaton areaâs a shooting house. Shamim Reza wrote lyrics of the song. But under which banner the song will be released yet not confirmed.
Earlier, under Shanâs music composition, Kona rendered songs Se Ashbe Bole, Tomar Jonnyo, Andhare Snan, etc. This time Shan and Kona are very much optimistic about the song. Kona said yesterday, âUnder Shan Bhaiâs direction, I earlier rendered several numbers of songs. I always like Shan Bhaiâs compositions. He works cordially. Composition of Firey Jete Chai Ami has become really nice. Its lyrics are also good. But interesting thing is that besides composing and arranging music, he gave direction of music video of the song. I really enjoyed the matter. Music video has been made cordially. I believe after releasing the song, listeners will enjoy the song. Alhamdulillah, I am very much satisfied about my present position in the field of music.â
Meanwhile, few days ago, Kona lent her voice in Ovi Moinuddin composed song titled Adore Adore. Protik Hasan was her co-singer in the song. Yousuf Ahmed Khan gave direction of the song.
Kona informed that she will take part in a show organised by Stock Exchange today evening at La Meridian in the capital. Therefore, she will perform in a corporate show on October 16, doctorsâ show on October 20, will perform in a programme at Bangabandhu International Conference Centre on October 23, at Hotel Lakeshore on October 28 and in a reality show on October 30. However, Kona also lent her voice for a play-back song titled Ahare in movie Psycho under Imranâs music composition. Kabir Bakul wrote its lyrics.
Kona also lent her voice with Imran in movie Golui under Emon Sahaâs music composition.Â Â Â Â