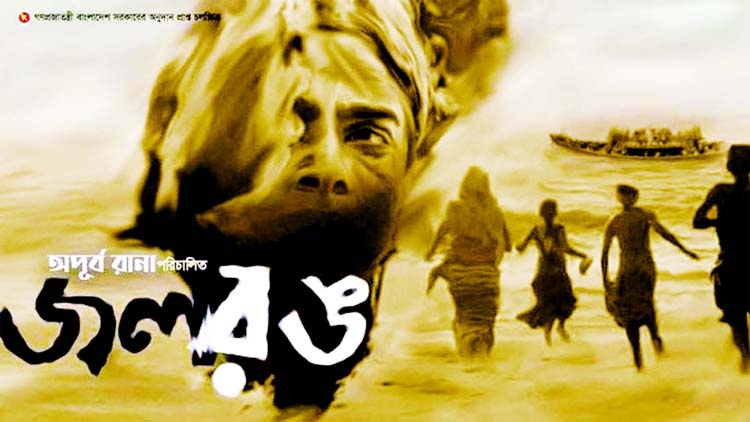 Entertainment Report :
The shooting for Apurbo Rana directed government-grant movie Jolrong, which will chronicle the anguish of human trafficking, started on October 9. The story of naive rural people getting tricked and violently exploited by human traffickers has been a regular occurrence since time immemorial. An innumerable of people from Teknaf area attempt to enter Malaysia via Thailand border.
While illegally crossing borders, migrants often lose their life due to crossfire or
starvation in the jungles of Thailand. Illegal migrants, who get trapped or get jailed, live in inhuman conditions for years. The government-grant receiver movie Jolrong will
depict the sufferings of these people.
Director Apurbo Rana said, âAlongside filming in the inaccessible areas in Teknaf, the shooting will also take place in the jungles of Thailand and Malaysia. Human trafficking
is a global crisis. Around 8 million people are trapped as illegal migrants in different parts of the world and living in inhuman
conditions. Though there are many films about human trafficking around the world, Bangladeshi films have not shed enough
light on this vital topic.â
It is mentioned that the movie which received Tk60 lakh grant from the government has an estimated budget of Tk1.5 crore. The movie will be shot in three phases. For the first phase of it, the crew will shoot for 10 days in Hotapara, Gazipur. The second phase will be shot in Coxâs Bazarâs Teknaf, Bandarban and Khagrachhari, while the
third phase will be filmed in Thailand and Malaysia. The cast of the film includes Symon Sadik, Shahiduzzaman Selim, Ushno Haque, Shatabdi Wadud among others.