Babar gets 8 years in graft case 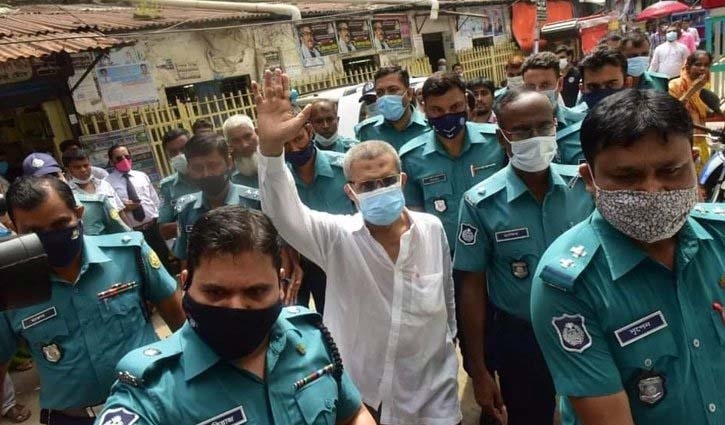 A Dhaka court on Tuesday sentenced former state minister for home Lutfozzaman Babar to eight years in jail in a corruption case.
Judge Mohammad Shahidul Islam of Dhaka Special Judge Court-7 handed down the punishment to Babar after holding him guilty of amassing ill-gotten wealth worth Tk 7.5 crore and hiding the information.
The court also imposed a fine of Tk 10,000 on Babar and ordered the forfeiture of over Tk 6.26 crore in his bank account. Babar will have to undergo an additional three months' imprisonment if he fails to pay the fine.
As the convict has been behind the bars in this case since July 26, 2007, the court said that his sentence would be deducted from the period already served as an undertrial.
However, Babarâs counsel has appealed to the court against the judgment.
On January 13, 2008, the Anti-Corruption Commission (ACC) filed the corruption case against Babar at the Ramna Model Police Station.
On July 16, 2008, deputy assistant secretary of ACC, Rupok Kumar Saha, submitted a chargesheet against him.
Babar was arrested from his Gulshan residence on May 28, 2007. He was sentenced to 17 yearsâ imprisonment in an arms case on October 30, 2007.
He was also sentenced to death in the 10-truck arms haul and August 21 grenade attack cases.
In 2018, a fast-track tribunal sentenced 19 people, including Babar, to death in the case filed over the August 21 grenade attack on an Awami League rally in the capital in 2004.