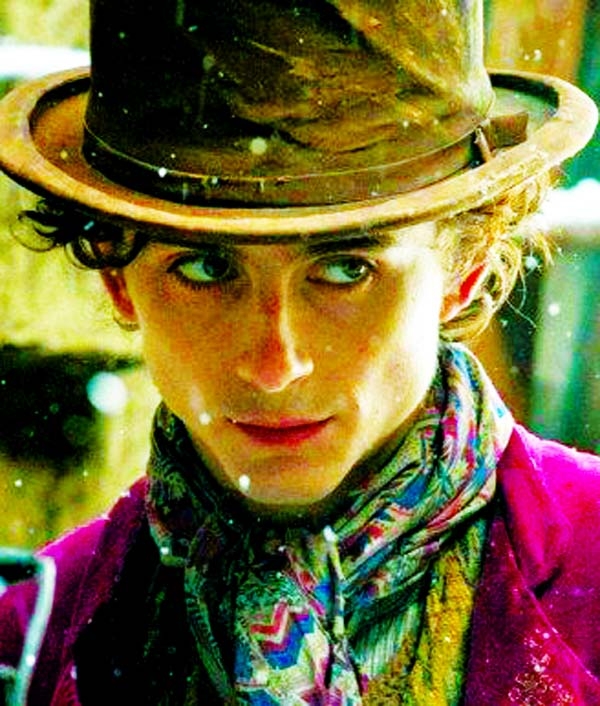 Timothee Chalamet has revealed the first look as Roald Dahlâs much-loved character Willy Wonka in the upcoming film Wonka directed by Paul King. The Oscar-nominated actor shared his new avatar as a much younger version of Roald Dahlâs Wonka on his social media handle. He was decked out in the character's trademark chocolate-brown top hat, burgundy velvet coat and a multi-coloured scarf, reports CNN.