Veteran actor Rasheda Chowdhury back to acting after corona 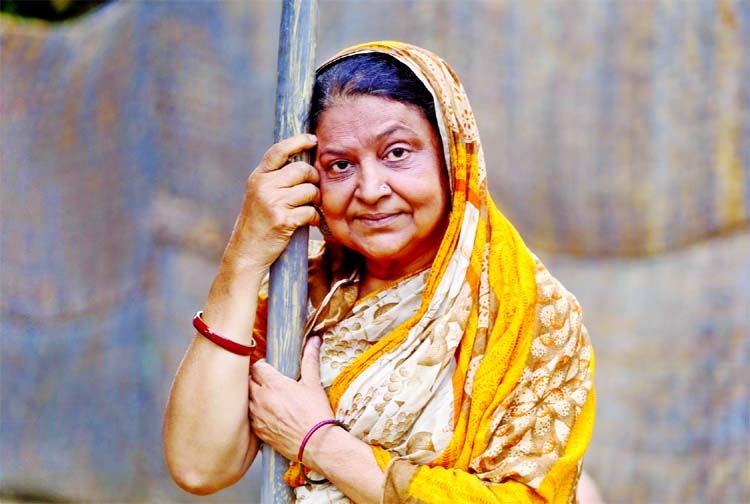 Entertainment Report :
Rasheda Chowdhury came into film industry through the BFDCâs talent hunt programme, Notun Mukher Sondhane, in 1984. Now she is familiar to play in role of mother to all. From the beginning of her career, she acted in role of heroâs mother
on the screen. She won the hearts of many film-lovers to play motherâs role in movies. After corona pandemic, like other actors she also became busy with acting. Now she is acting in an important role in Mirza Sakhawat Hossain directed
government-grant movie Bhangon.
Rasheda Chowdhury said, âShooting of Bhangon is going on at BFDC. I am playing an important role in the movie. Moushumi, Fazlur Rahman Babu, Khalilur Rahman Kaderi, Pran Roy, among others are acting with me in different roles in this film. I am very much optimistic about my character. Story of Bhangon is very much life-oriented. I am trying to portray my role properly. I am grateful to director of this movie to give me such a nice role. My co-actors are co-operating me a lot. I hope it will become a nice movie.â
In the beginning of her career, Rasheda Chowdhury performed as model in TVCs of AP Pearl Snow, Singer, Orsaline, etc. She first acted in Darashiko directed movie Prem Kahini. Later, she acted in 100 movies including Tawba, Dak Diye Jai, Padma Meghna Jamuna, Biroho Byatha, Bhaggoboti, Madam Fuli, Bichchu Bahini, Khude Joddha, Swapner Bashor, among others.
Rasheda first acted in Salauddin Lavluâs drama Bhober Hat. Later, she got appreciation to act in drama Harkipte.Â