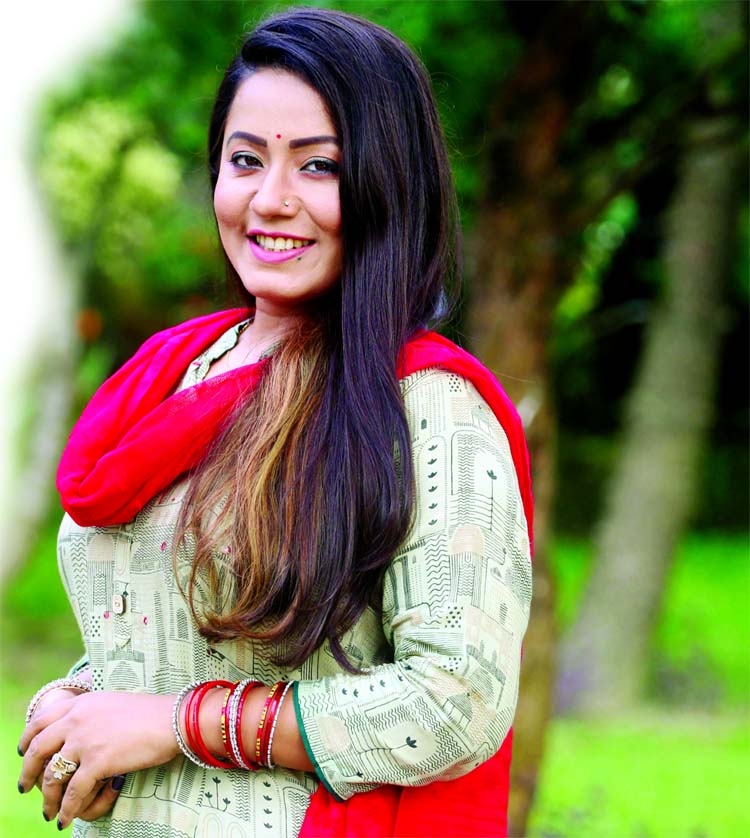 Sheikh Arif Bulbon :
Ireen Tany is the viewersâ choice popular TV actor
of present generation. Specially she came into the
limelight to play the role of bride in Boishakhi TVâs ongoing serial Bou Shwashuri, directed by Akash Ranjan. For this reason, her engagement with
acting increased rather than previous times. Right now Ireen Tany is engaged with five drama serials. So, she has to remain busy with shooting round
the month.
Tany informed that when she gets time tries to give her family. From November 4, she will start shooting of Zahid Hasanâs a new drama serial. Therefore, she is busy with shooting of Boishakhi TVâs Bou Shwashuri, Sanjit Sarkarâs Cheater & Gentleman, Ashish Royâs Maan Obhimaan, and Sajid Mahmudâs Hoi Choi Dot Com serials.Â  Â
While talking about her present engagement with acting Ireen Tany said, âIn fact, after corona, my engagement with acting has been increased. Everybody says busyness is the wellness. It is really true. When we remain in works, we really feel well. Stories of my acted all the serials are nice. Stories of our everyday life are presenting stories of these serials. I am trying to portray my all the characters in the serials properly. I hope viewers are enjoying my acted serials in different TV channels.â
Ireen Tany also said that on October 18, she will perform as a model in a TVC under Hiraâs direction. Bidrohi Padma, directed by Badol Khondokar, was Ireen Tany acted her first film. Shams Sumon acted opposite her in the film. Tany also acted in Kolkataâs movie. She wants to prove herself as an actor to work in TVC, cinema and television drama.