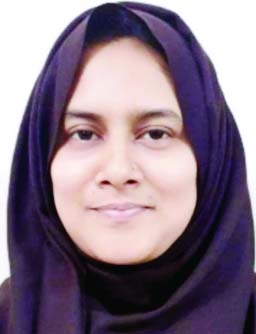 Our Correpondent :
Mst Mariam Khatun has joined as an Upazila Nirbahi Officer (UNO) at Baraigram. According to the service rule, she joined at the office of Natore Deputy Commissioner on last Tuesday and it was her first work day in Baraigram upazila. Before joining, she was an Executive Magistrate at the office of Tangail District Administration. She is an officer of the 33th cadre of Bangladesh Civil Service (BCS). She was an inhabitant of Roygang Upazila under Sirajgang district. Additional Deputy Commissioner, Natore confirmed her joining at a new work place Baraigram on Tuesday.