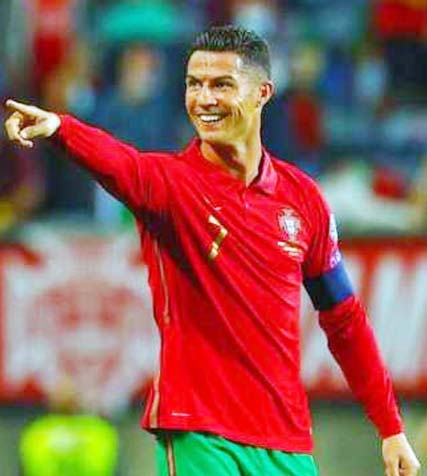 Agency :
A 58th career hat-trick from Cristiano Ronaldo helped Portugal stroll to a 5-0 home win over Luxembourg in Group A of World Cup qualifying on Tuesday.
The treble, which meant Ronaldo became the first man to net 10 international hat-tricks, takes his tally to 115 international goals from 182 caps as he continues to pull away as the top men's international goalscorer of all-time.
Victory ensures Portugal remain a point behind leaders Serbia, who moved onto 17 points with a 3-1 home win over Azerbaijan, with a game in hand and superior goal difference.
Portugal had the game all but won within the first 18 minutes.