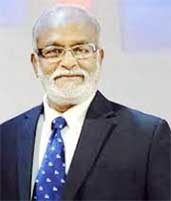 Taimur Alam Khondaker :
The principle of Islam is to treat everyone equally and establish justice. Throughout history, most Muslim rulers have been seen to be considerate in this regard. From the beginning to the end of British rule (1857-1947), the then Bengal was ruled by English law (Common Law). The use of secular law in Bengal began after the East India Company gained civil (revenue collection) power in 175. Its main purpose was to control the country and society by strictly enforcing the law. In order to prolong the colonial rule, it became necessary for the rulers to change the Muslim law and judiciary. So very carefully, step by step, the laws and judiciary of the English were introduced in all spheres of society. As a result, the Hindu-Muslim society of Bengal gradually moved away from the conventional practices and values.
From the very beginning, the English rulers deliberately encouraged the society to depend on the law for the convenience of governance. Their goal was to control the Hindu-Muslim community by enforcing the law strictly. For this reason, the English rulers were very careful about establishing the rule of law. Being a foreign ruler, it was possible for them to be strict in law enforcement and not to be subject to affection. Both the Hindu and Muslim communities of Bengal continued to be ruled by foreign and completely unfamiliar laws and jurisprudence. Even today our state is largely governed by the laws and judiciary of the colonial period. This situation does not seem to change anytime soon. The characteristic of a civilized and developed society is that its own rules and values play a role in the management of the society. But it is rapidly declining in our society. Instead of social values, people are becoming legal day by day and morality is rapidly disappearing from the society. As a result, chaos is increasing in the society. Even with the implementation of new laws, it is not possible to bring the society into full discipline. Politicians, sociologists and political scientists are getting frustrated. They are worried about the future of the state. It is universally acknowledged that if the law fails, the state, even if it fails, becomes weak and people's confidence in the law and the judiciary diminishes. At one time it hit the foundations of the state. It is possible to get rid of this situation if the rule of law and social moral values can be established. Remember, moral values are the backbone of any society and the driving force of the rule of law. Law and society are inextricably linked and complementary. State law is made for the good of society. The modern state cannot function without law. Just as improved law is conducive to the formation of a developed state, so is the morality and values of society important in building a new society. Just as flawed laws are detrimental to the state, crime is on the rise in a society without ethics.
The law department and the judiciary are two important organs of the state. Lack of justice in society leads to conflict between different communities and groups; but the responsibility of the state is to establish justice in all cases. It is the duty of the citizen to respect and abide by the law. Disobeying the law means violating the rights of others. Every day many people are unknowingly disobeying the law and constantly obstructing the establishment of good governance. It needs to change quickly in the interest of the people.
Laws can easily change society. But a beautiful society can never be built with weak or bad laws. Sometimes we want a qualitative change in society for more good. Changing society means changing the structure and activities of society. Society can collapse if basic issues, such as moral standards and values, are changed.
Our Constitution promises equality to all. To translate this promise into reality, it becomes imperative for the State to undertake special measures aiming at the welfare of the weak and the marginalized segments of our society. One such measure that the State has taken is the enactment of special laws for improving and protecting the social and economic positions of these weak and vulnerable groups. Social legislation is the branch of law which deals with the drafting and the administration of laws aimed at social welfare. Social legislation gives us the proper legal framework for achieving our promises of equality and justice. It aims at removal of discrimination, safeguarding the interests and rights of the weaker sections, eradicating traditional malpractices and social evils such as dowry, child marriage, female infanticide etc. There are differences of opinion regarding the efficacy of social legislation as an instrument of social change. It is true that law alone, unless it is supported by public opinion and administrative reforms, may not produce desired result. However, we cannot ignore the potential of law for social change. It has played an important role in improving the socio-economic status of weaker sections.

(The writer is columnist and advocate, Appellate Division).