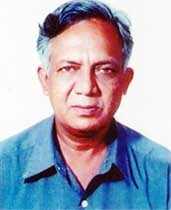 Jehangir Hussain :
People are finding the new birth registration system introduced in January this year quite complicated and harassment oriented as it is creating problems that are difficult to resolve.
Due to complications in getting births registered many children could not get admitted to schools this academic season, said teachers and parents. The government , however, celebrated the National Birth and Death registration Day on October 6, claiming thatÂ  1,65,218 births were registered from July - September 2021, that's the 3rd quarter of the yearÂ  an increase byÂ  nine per cent to 21 per cent compared to the 2nd quarter.
According to the Local Government, Rural Development and Cooperatives (LGRD) Ministry estimates about 7,53,435 children were born between July andÂ  September 2021. The estimates also show that 75,356 births, or nine per cent of total births were registered during the 2nd quarter of the year, that's between April and June 2021. But the authorities seemed to be unaware of the problems people are facing in getting births registered.
In the first place the births registered earlier are not accepted by the software and for various purposes people are asked to get their births registered. The new system introduced in January 2021 is so complicated that, Mozidur Rahman born is Dhaka in 1964 had to show himself as dead to get his son's birth, born in 2000 in Dhaka, registered. What will happen when Mozid will really die.
In another instance, Alam Ara, a retired school teacher, born in Calcutta in 1946 is requied by the new system to get her birth certificate from Calcutta, for the purpose of succession cenrtificate.
She faces another problem, with her permanent addresses, as she has two permanent addresses in Dhaka City, on at Paltan, in Dhaka South City,Â  her father's permanent address and the other one at Uttara her husband's permanent address. The birth certificate she took in 2012 from Dhaka City Corporation, before it was split, is not accepted now.
She has to move between regional offices of the two city corporations, as the new complicated system introduced in January requires, but she get no solution.
Sufferers say that the new birth registration system was developed by complicated people only to harass citizens.
Abdur Rahman a retired physician also finds the new system complicated and harassment oriented. As he was born at maternal uncle's home in Jhenaidah in 1952, as was the practice in those days, he cannot get a birth certificate from Dhaka south City Corporation now according to his and his father's permanent address is at Paltan. He found no such problem before January 2021.
He travelled much of the world and now the new system requires him to change details like place of birth in his passport or to get his passport renewed. During July-September, 1,65,218 births were registered by the Birth and Death Registration Information System (BDRIS), a Local Government Division official told a national daily.
Speaking as the chief guest at the event, LGRD Minister Md Tajul Islam, said, 'no matter how trivial the issue of birth and death registration may seem, its importance is immeasurable'.
He said that the office of the Registrar General, Birth and Death Registration was working to ensure 100 per cent birth registration and 50 per cent death registration b 2024.
Speaking as special guest, Dhaka South City mayor Barrister Sheikh Fazle Nooor Taposh called for making birth registration easier and bringing drastic change to the new and complicated system.
He pointed out that 'though birth registration can be done at city corporations, for corrections the system requires people to go to the deputy commissioner's officeÂ  where citizens are misled by middlemen.'
Dhaka North City mayor Atiqul Islam called for raising public awareness about the need for registration of births and deaths and removal of middlemen from the system.
Rajshahi division was declared the best division Rajshahi City the best city for the registration of births and deaths in 2021 with a 50 per cent registration in both the categories.
Natore and Joypurhat were termed as the best districts, Chattogram's Anowara was termed as the best Upazila, Gaibandha's Shundorganj was termed as the best municipality, and Natore's Gurudaspur was termed as the best union in terms of birth and death registrations numbers.
Chaired by Helaluddin Ahmed, senior secretary, LGRD Ministry senior secretary Helaluddin Ahmed, the event was attended by Lokman Hossain Mia, senior secretary, Health Services Department and UNICEF deputy representative in Bangladesh Veera Mendonca.