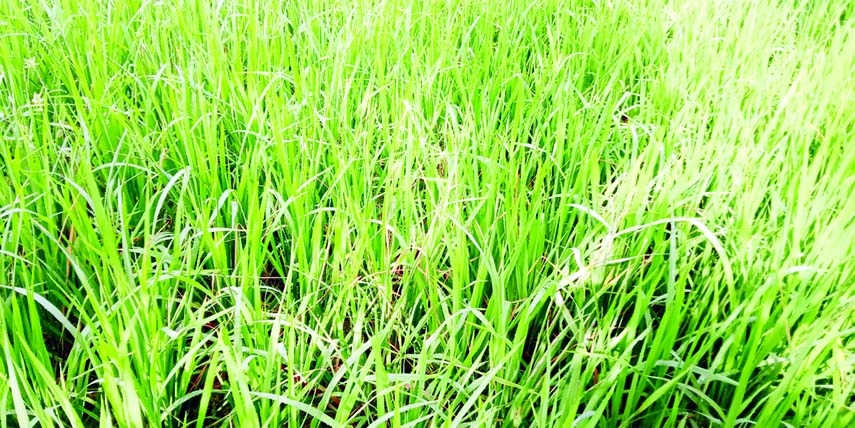 Our Correspondent :
Across the district of Jamalpur, transplanted aman paddy is being damaged by the attack of milibag or student insects. Insect infestation has been observed in more or less every village of 7 upazilas. As a result of the attack of this insect, the plague on the rice plant turns white and red and dies. At least 4/5 insect infestations have been observed in a rice plant. In addition to these insects, the presence of another national insect infestation has also been found.
Insects are relatively small in size. It looks white. Farmers Suruzzaman (40) and Rabiul Islam (38) said that this time the insect attack is more. In other years, insects could be controlled using 2/1 pesticides. I have sprayed pesticides several times this year but I am not getting any remedy. Another farmer Ayub Ali (50) said that the attack of this insect is more in the dry field. Locals are blaming the effects of climate change.
In this regard, Melandah Upazila Agriculture Officer, agriculturist Abdullah Al Faisal said that, the number of insect attacks is not very high. However, the issue of pest control has made the farmers think. This insect dulls the plant by eating the leaves and dagger sap of the rice plant. Farmers are being asked to irrigate the fields to control insects. Those who are not watering the fields. Insect attacks are increasing in their fields.
District Seed Certification Officer, agronomist Saiful Azam Khan said, "I have visited the fields of many farmers at the field level." Millibags have been attacked by native insects before. But this time a new species of giant insect has been found. This giant is commonly seen in the jungles of Africa. They are short, white and do not know how to fly. Probably the expatriates may have entered this country with luggage or something else.
Milibag national insect stool is sweet. So the presence of fecal centered ants can be noticed. For insect feces, ants drag these insects from one place to another. In addition, insects cannot enter the insects as a kind of coating is formed on them. These insects also attack crops, vegetables and fruits.
These insects are more likely to attack if the roots of the tree are unclean or dry. Therefore, it is safe to water the roots of the tree. At the same time, if the insects attack the fruits or vegetables of the tree, the benefits can be obtained by applying water mixed with soap or bleaching.