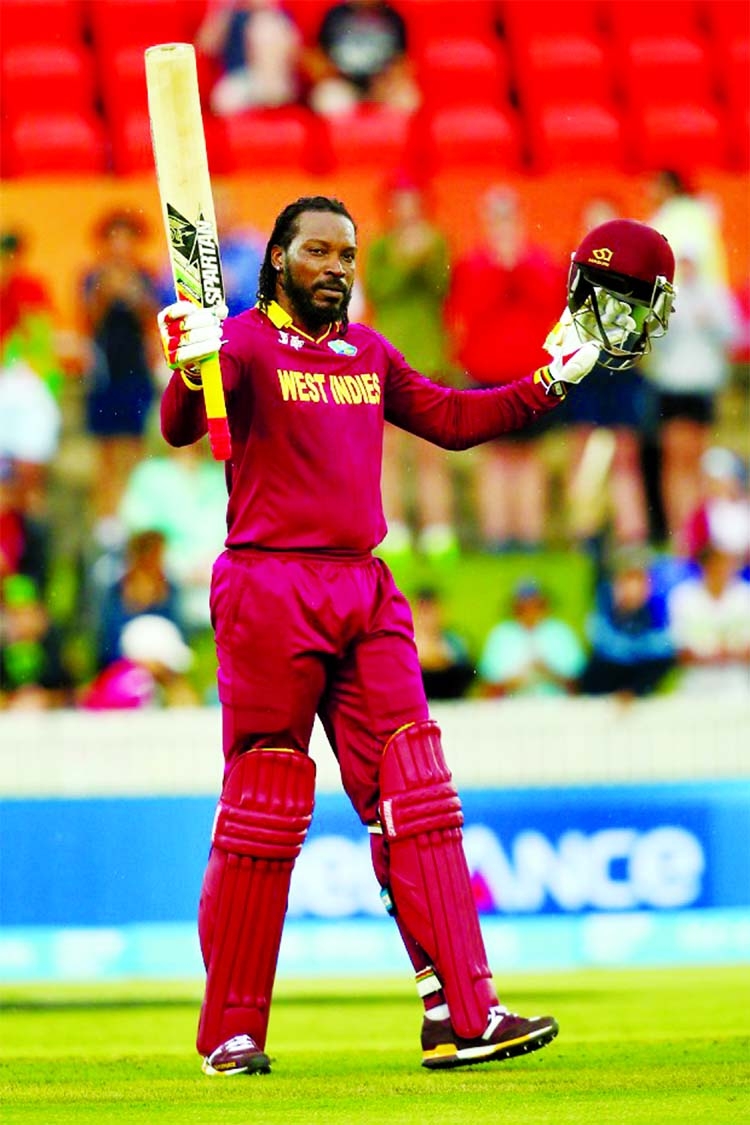 AFP, Saint John's :
Chris Gayle, the self-styled 'Universe Boss', heads to the T20 World Cup determined to prove that he remains a headline act rather than an ageing crowd-puller living off his reputation.
Now 42, the physically imposing Gayle boasts career figures and performances that rivals can only envy.
He is the only man to have scored a Test triple century, a One-Day International double century and a century in T20 Internationals, batting's Grand Slam.
In T20 Internationals, he has hit 1,854 runs, two centuries with an average of just under 30.
However, since his second T20 century at the 2016 World Cup, where West Indies went on to claim a second world title, the runs have dried up.
The Jamaican star has made just a single half century in the last five years at international level over 26 innings.
He even lost his place at the top of the batting order, coming in at number three in the 2021 home series against South Africa and Australia.
"Chris Gayle goes into his final major international tournament not on merit but on reputation," respected Caribbean cricket journalist and broadcaster Fazeer Mohammed told AFP.
"His declining numbers since the last World T20 in 2016 mean, unless there is a remarkable transformation in the UAE, he will be little more than a peripheral figure in purely cricketing terms for the defending champions."
The selection of Gayle, as well as 36-year-old seamer Ravi Rampaul, whose last T20 appearance was six years ago, split opinion in the region.
There was consternation that Gayle was reportedly not required to meet the fitness standards which ruled out highly-regarded batsman Sherfane Rutherford and T20 match-winning spinner Sunil Narine.
The peripatetic Gayle has also struggled for runs in his global franchise league commitments and is without a 50 in his last 10 innings.