Our cricket team will bring a good result: Aftab 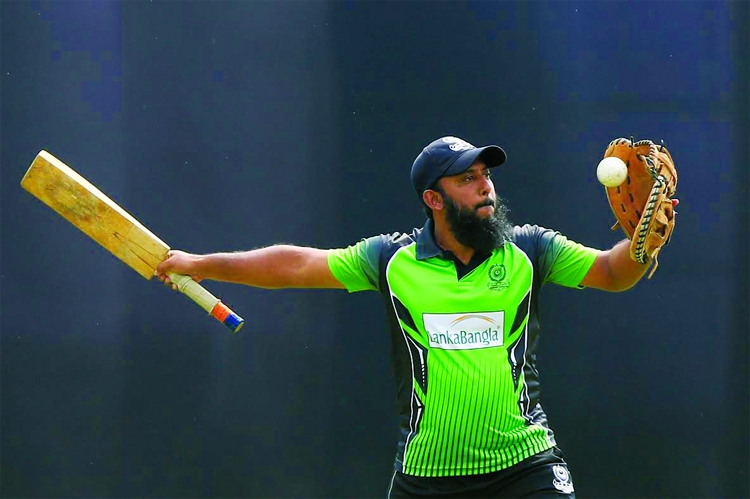 Sports Reporter :
Former star cricketer and coach Aftab Ahmed said, " I hope that Bangladesh Cricket team will bring a good result from the ICC T20 World Cup. This time a good team have been formed and their preparation is also good. I think it will not proper to expect high from Bangladesh team as World Cup is a matter of pressure. After playing the first phase and qualify for the Super-12, the opponent teams of Super-12 are stronger sides. To play in the World Cup, it will be a tough task as it is a test of nerve. Those players, who have strong nerve, they can bring a good result. As all the opponents of final phase are stronger than us, our players have to give their cent percent effort. I think it is good to have confidence, but over confidence may bring bad result."
Bangladesh won three T20I series against their opponents. Bangladesh beat Zimbabwe, Australia and New Zealand before taking part in the ICC T20 World Cup qualifier matches.
It may be mentioned that Bangladesh failed to earn good results in their previous T20 World Cups. They only won against West Indies in the 2007 T20 World Cup, which is their only victory against a Test playing nation.
Captain of Bangladesh T20I team Mahmudullah Riyad said, " We have a good chance to earn a good result in this World Cup."
The selectors of Bangladesh Cricket team also express their positive hope from their side in this World Cup.
Aftab Ahmed also agree with them. He is confident about the performance of the experienced cricketers like Mahmudullah Riyad, Mushfiqur Rahim and Shakib Al Hasan.
But Bangladesh lost to Sri Lanka and Ireland in their ICC T20 World Cup warm-up matches recently. The two openers failed to show consistency. Mushfiqur Rahim, Afif Hossain and Mahedi Hasan could not shine with the willow.
So, Aftab Ahmed thinks Bangladesh team are now in back-foot.
Bangladesh, Scotland, Oman, Papua New Guinea have been placed in Group-B in the qualifiers of the ICC T20 World Cup. It is noteworthy that, according to the latest ICC T20I ranking, Bangladesh have taken the better position than their opponent teams of Group-B. So, we can say that Bangladesh will qualify for the next round. But Bangladesh may face daunting task in the Super-12 phase. Â
Â Â  Â