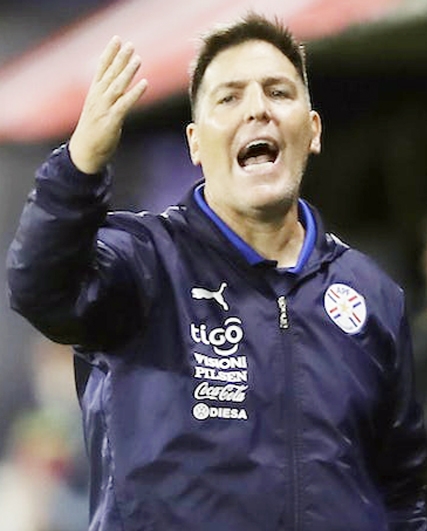 Agency :
Eduardo Berizzo was sacked as head coach of Paraguay's national team on Thursday after more than two and a half years in charge.
The announcement came just hours after Paraguay suffered a 4-0 defeat away to Bolivia in a 2022 World Cup qualifier, a result that left the Guaranies eighth in the 10-team South American group.
"We wish (Berizzo) success. In the coming days we will reveal who the members of the new coaching staff are," the Paraguayan Football Association said in a statement published on social media.
Berizzo took charge of Paraguay in February 2019 following the departure of Colombian Juan Carlos Osorio.
The 51-year-old Argentine led the team to seven wins, 13 draws and 11 defeats.