4 killed, 30 hurt in clash over UP polls in Magura 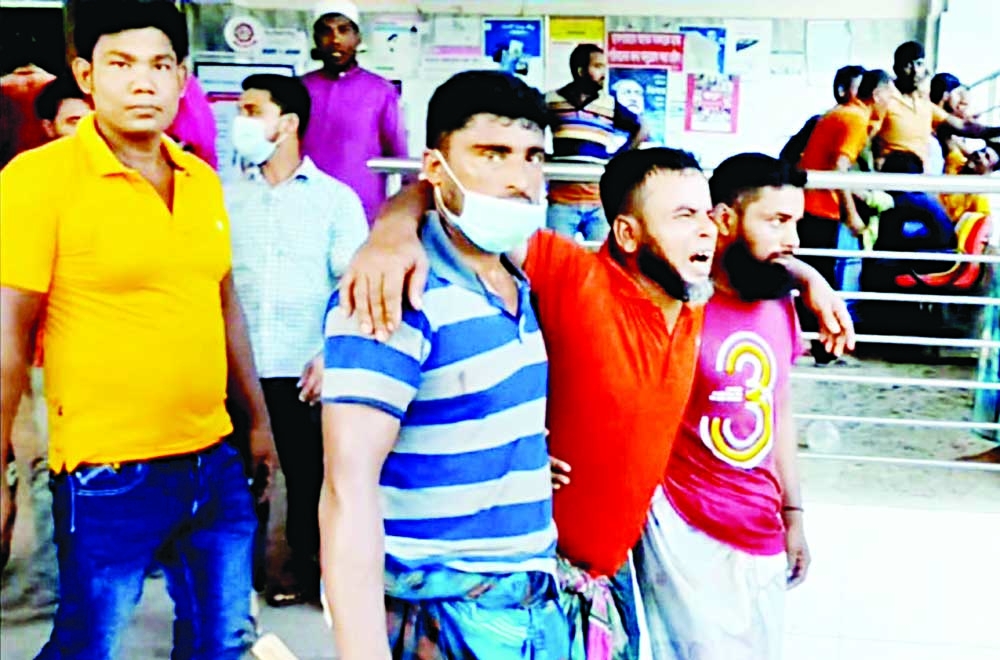 An injured person is being taken Magura Sadar Hospital following a clash between supporters of two rival candidates in the Union Parsishad election at Jagodal village in the district on Friday. NN photo

UNB :
At least four people were killed and 30 others injured on Friday in a clash between supporters of two rival candidates in the upcoming Union Parsishad election at Jagodal village in Magura Sadar upazila.
The killed were identified as member candidate Sabur Molla, 50, his brother Kabir Molla, 55, his cousin Abdur Rahman, 50, and Imran Ali, 32.
Police said a clash broke out between supporters of both parties around 4pm for establishing dominance.
Tensions had been simmering in the area for the past three days as Sabur Mollah and his rival Nazrul Islam contesting for the same post in the upcoming UP elections.
Nine of the 30 injured have been admitted to Magura Sadar Hospital. Police have been deployed in the village as tension is prevailing in the area.
Manjurul Alam, Officer-in-Charge of Magura Sadar Police Station, said the bodies were sent to the morgue for autopsy.
A case has been filed with Magura police station in this regard. No arrests have been made so far, the OC added.