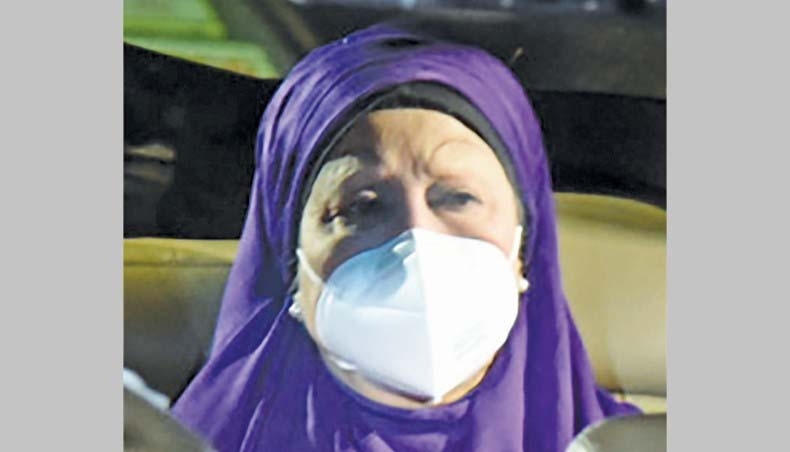 BNP Chairperson Khaleda Zia, undergoing treatment at Evercare Hospital on Tuesday, is still suffering from fever, her sister Selima Islam said on Friday.
âShe (Khaleda) is still suffering from intermittent fever, leading to an appetite loss. She has been eating very little for the past few days,â she told reporters.
Selima said she could not visit Khaleda at the hospital as she was asked not to go there considering her old age.
She said her brother Shamim Iskanderâs wife visited the BNP chief on Thursday and talked to doctors. âWe came to know about her health from my brotherâs wife.â
Asked whether they will submit any fresh application to the government seeking permission for sending the BNP chief abroad for treatment, she said they will think of it after consultation with Khaleda.
"We had earlier sought government permission twice. âEven my brother (Shamim Iskander) met the Home Minister, but they didnât give permission,â Selima said.
She said BNP Secretary General Mirza Fakhrul Islam Alamgir on Thursday categorically said the treatment of Khaleda is not possible in the country.
In response to another question, Selima said she still did not talk to Khaleda about taking any move to send her abroad. âNothing can be done without her opinion.â
Khaleda Zia was again admitted to Evercare Hospital on Tuesday for treatment and medical tests.
Khaleda underwent some medical tests, including an ultrasonogram, said a member of her personal medical team.
âWe received some reports of the tests we gave her some medicines accordingly. Alongside fever, she has many other complications,â he said.
The physician said the medical board formed earlier for her treatment, led by Dr Shahabuddin Talukder, has been providing the BNP chief necessary treatment. âBut her complete treatment is not possible here. She needs to go to any advanced centre abroad.â
On April 27, Khaleda Zia was admitted to Evercare Hospital with Covid infections. She received treatment there until June 19 for post-Covid complications and some other underlying health problems.