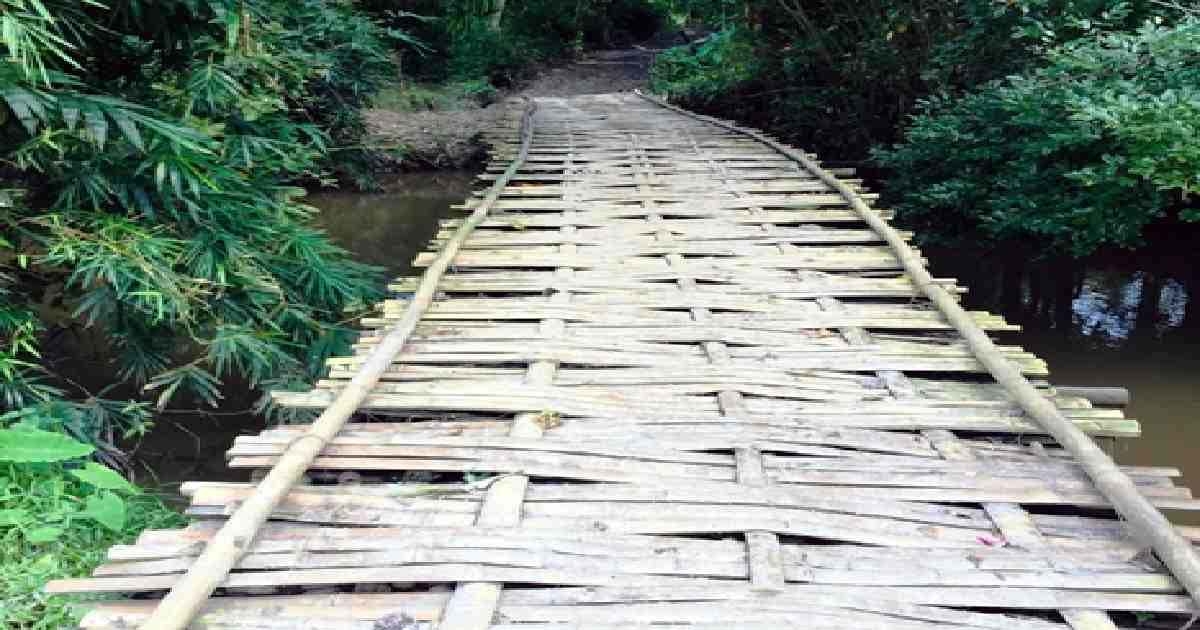 Each day more than 10,000 people in Brahmanbaria Sadar's North and South PoirtolaÂ  use a tottering wooden bridge to move around.
For over three years the Poirtola villagers have been using the wooden bridge as a shortcut way to the bypass road.
The narrow wooden bridge is held on tree trunk pillars. As a result no vehicle can pass over this rickety bridge, which is adjacent to the South Poirotola cemetery on the Town Khal (canal).
People of the area for a long time have been demanding for a paved cement-and concrete bridge.
This wooden bridge has been connected to the city bypass road from Hazrat Sheikh Jalal shrine gate.
According to the locals, they face heavy traffic if they use the Gokorno road to get to the bypass. So, the villagers are more comfortable using the wooden path than the street.
Before the bridge was built the villages used boats to reach the bypass to avoid extra traffic and save time.
About three years ago, Al Noor Peyara Jame Mosque authorities built the 100 feet long and 6 feet wide wooden bridge for the devotees to get to the mosque.
Now, people from all walks of life including market, school and office goers use this wooden bridge.
North Poirtola resident Abu Taher Miah said that the people of the area have to face traffic jams and accidents on Gokorno road. Moreover, the condition of the road is also bad. People are able to move safely through the wooden bridge inside and out of the village.
Poirtola ward 10 Awami League general secretary Shahnawaz Miah said, "If a paved bridge is constructed over the canal, we will benefit a lot."
Former Upazila Chairman Sayed Emranur Reza said, if the road is paved and there is a permanent bridge over the canal, there will be no misery.
However, local lawmaker R. A. M. Obaidul Muktadir Chowdhury has promised to build a permanent paved bridge over the canal.