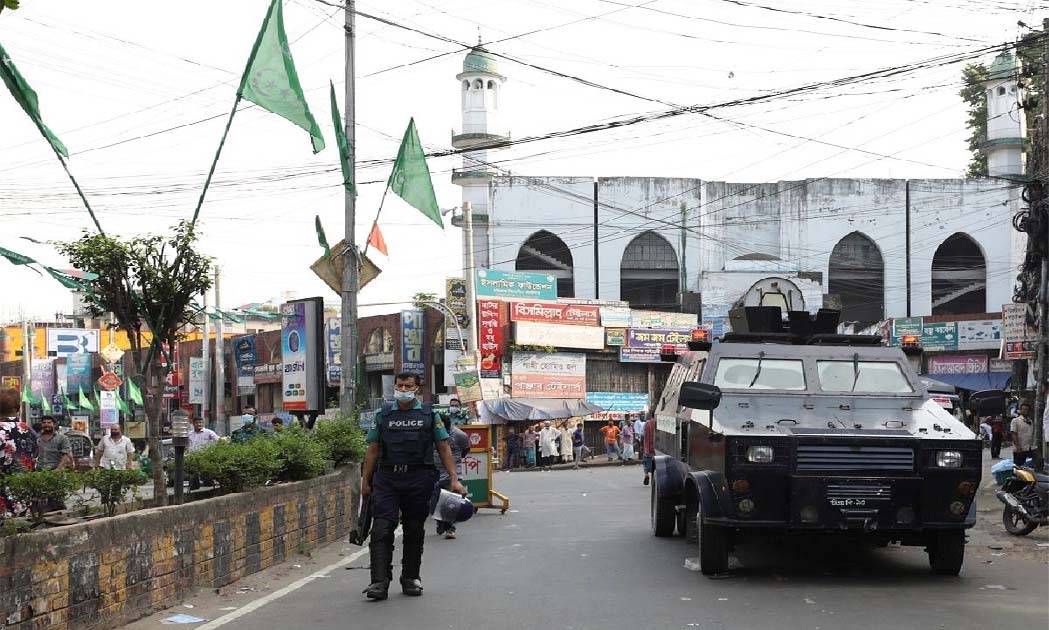 A six-hour hartal called by the Bangladesh Hindu Buddhist Christian Unity Council in protest against an attack on a Durga Puja pandal, began in the port city on Saturday.
No untoward incident was reported till the filing this report at 9.30am.
The Council on Friday called for a half-day hartal in the port city to protest against the attack on JM Sen Hall Puja pandal in the Andarkilla area of Chattogram district earlier in the day.
In protest against the attack by a group of miscreants, the Council had also briefly deferred the immersion of idols in Chattogram.
Ashish Kumar Bhattacharya, president of the Chattogram Metropolitan Puja Celebration Committee, told UNB that they had withdrawn their decision to suspend the immersion of idols upon assurance of safety from the local administration.
All hell broke loose after Jumâa prayers on Friday when demonstrators marched into the Andarkilla temple and vandalised it in the presence of the law enforcers, Ashish claimed.
However, police said they had quickly brought the situation under control following a clash with the demonstrators, which left several people injured, including cops.
When contacted, senior police officials declined to comment.