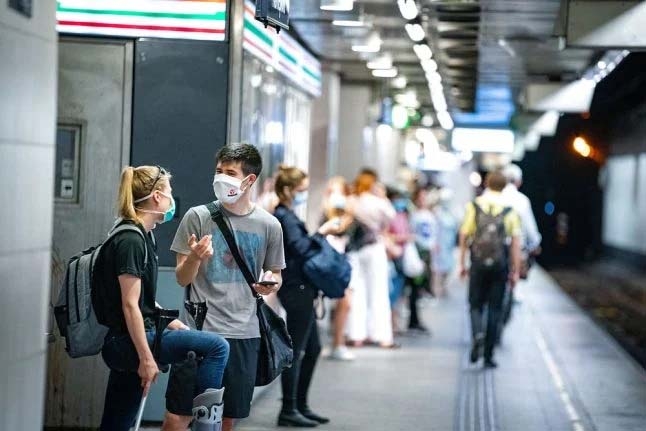 The overall number of global Covid cases has now surged past 241 million, despite the ongoing mass inoculations in several countries.
According to Johns Hopkins University (JHU), the total Covid case count and fatalities stand at 241,115,485 and 4,905,196, respectively, as of Tuesday morning.
The US has recorded 45,050,910 cases and 726,196 fatalities to date, according to the university data.
Brazil currently has the world's second-highest pandemic death toll after the United States and the third-largest caseload after the United States and India.
Brazil has registered 21,651,910 cases so far. The country's Covid death toll has also risen to 603,465 as it has been experiencing a new wave of cases since January.
India's Covid-19 tally rose to 34,094,373 on Tuesday, as 13,058 new cases were registered during the past 24 hours across the country, as per the federal health ministry data.
The number of new Covid cases registered in the past 24 hours is the lowest in 231 days, according to the health ministry.
Besides, as many as 164 deaths due to the pandemic were reported since Monday morning, taking the total toll to 452,454.
Meanwhile, Russia has reported its largest daily number of new coronavirus infections, more than 70% up on the number a month ago as the country faces a sustained rise in cases.
The national coronavirus taskforce of Russia on Sunday said that 34,303 new infections were recorded in the previous day, compared with the 20,174 reported on September 19. The death toll of 999 was barely lower than the record 1,002 deaths reported on Saturday.
Russian authorities have tried to speed up the pace of vaccinations with lotteries, bonuses and other incentives, but widespread vaccine scepticism and conflicting signals from officials stymied the efforts. The government said this week that about 43 million Russians, or some 29% of the countryâs nearly 146 million people, are fully vaccinated.