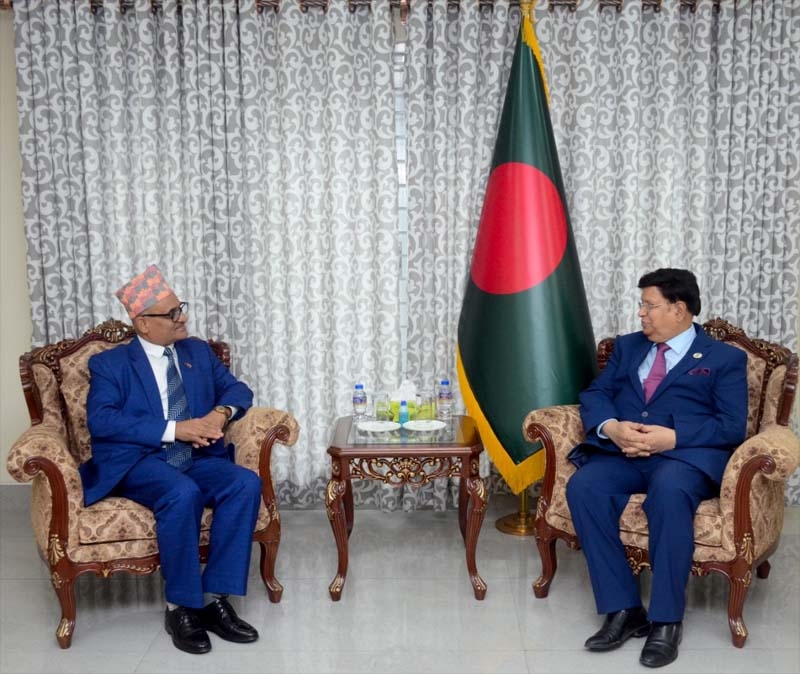 Foreign Minister Dr AK Abdul Momen has underscored the early implementation of BBIN (Bangladesh, Bhutan, India, Nepal) Motor Vehicle Agreement for enhancing regional connectivity in the South Asia.
He put the importance while outgoing Nepalese ambassador here Dr.Â  Banshidhar Mishra paid a farewell call on him at Foreign Service Academy on Monday, a press release said here today.
During the meeting, Dr Momen also laid emphasis on cooperation between Bangladesh and Nepal in the area of hydropower energy and collaboration in trade and commerce for mutual benefit.
The foreign minister expressed his satisfaction over the excellent bilateral relations between Bangladesh and Nepal.
The Nepalese envoy requested the Bangladesh government for simplification of visa regime for increasing people to people contact.
He also stressed the necessity of enhanced trade and commerce between the two countries through early conclusion of Preferential Trade Agreement (PTA).
The meeting ended with pledges of future collaboration from the both sides, said the release.
Dr. Banshidhar Mishra presented his credentials to Bangladesh President in September 2019 as Ambassador of Nepal.
He is scheduled to depart on 21 October 2021 upon completion of his tour of duty.