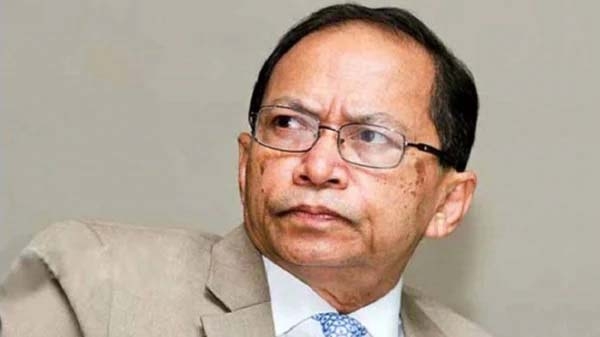 A special court in Dhaka on Thursday deferred to November 9 the pronouncement of its judgment in the graft case against former chief justice Surendra Kumar Sinha and 10 others.
Dhaka Special Judge (Court-4) Sheikh Nazmul Alam Khan set the new date.
On October 5, the court fixed October 21 for delivering the judgment in the graft case filed against the former chief justice and 10 others for laundering Tk 4 crore.
On August 29, seven of the 11 accused in the case pleaded "not guilty" in the case.
They are Mahbubul Haque Chisty, former audit committee chairman of Farmers Bank, former managing director of the bank AKM Shamim, vice presidents Swapan Kumar Rat and Md Lutful Haque, and former SEVPs Gazi Salahudiin, Md Shahjahan and Niranjan Chandra Saha.
On August 24, the defence lawyers grilled the investigating officer in the case, Benazir Ahmed, the director of the Anti-Corruption Commission (ACC). Some 21 witnesses had testified in the case.
On July 10, 2019, the ACC filed the case accusing former chief justice Sinha and 10 others of accumulating illegal wealth and laundering Tk 4 crore.
On September 25, 2019, the anti-graft body summoned five officials of Farmers Bank for interrogation over the deposit of Tk 4 crore in Sinhaâs account with the Supreme Court branch of Sonali Bank.
On December 10, 2019, the investigation officer in the case filed a chargesheet against the 11 accused. On August 13, 2020, a court framed charges against the 11, including Sinha.