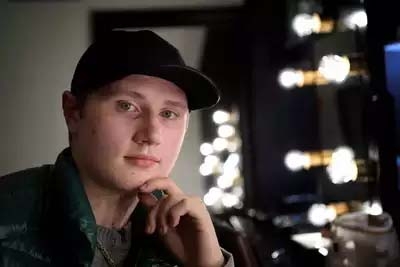 An award-winning 19-year-old Swedish rapper was shot to death in southern Stockholm in an incident that media reports on Friday suggested could be gang-related.
The rapper Einar was struck by several bullets in the Hammarby suburb south of central Stockholm and died on the spot late Thursday, police spokesman Ola Osterling told the Swedish news agency TT.
Police are looking for at least two suspects who allegedly shot the rapper.
The motive of the shooting remains unclear but the Swedish newspaper Aftonbladet reported that the rapper had received several threats recently. According to the Swedish public broadcaster SVT, the rapper's shooting was gang-related.
Einar, whose real name is Nils Gronberg, was born in Stockholm and rose to fame at the age of 16 when his song âKatten i traktenâ from his debut album âForsta klass" topped the Swedish charts in 2019.
He was awarded with the song of the year award in 2019 and the newcomer of the year award a year later.
Sweden has seen a rise in organized crime activity in the past few years and several gang-related shootings have occurred in Stockholm, Goteborg and Malmo.