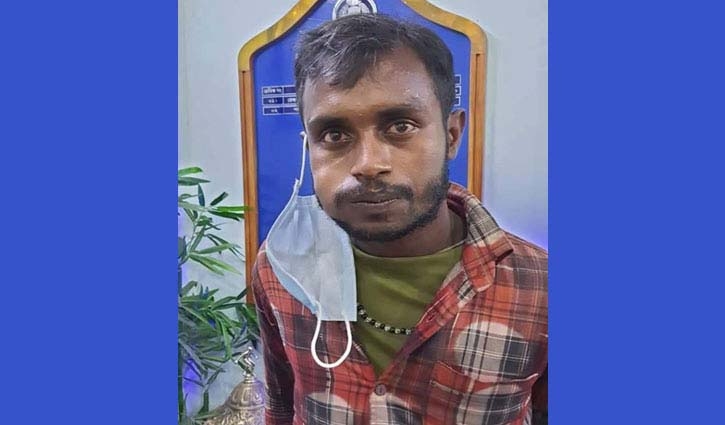 Iqbal Hossain, the man arrested from Coxâs Bazar last night for allegedly keeping the holy Quran at a Durga Puja venue, has been brought to Cumilla.
âIqbal was brought to the Police Lines here around 12 noon on Friday," additional superintendent of Cumilla Police SM Tanvir Ahmed told UNB.
Police Thursday night held Iqbal Hossain, who was identified earlier as the one who kept a copy of the Quran at a Durga Puja venue in Cumilla, drawing accusations of desecrating the holy book hurled at the Hindu community and triggering communal tension and violence across the country.
"He was nabbed from the Cox's Bazar sea beach around 10.30pm," Rafiqul Islam, Cox's Bazar additional superintendent of police, told UNB. "Cumilla police will confirm if he is the key suspect Iqbal," he added.
Police identified Iqbal, the prime suspect of the Cumilla puja venue incident, Wednesday after scrutinising the footage of closed-circuit television (CCTV) cameras.
He is believed to have placed the holy Quran inside Nanuar Dighi Par puja mandap in Cumilla city in the early hours of October 13, which led to attacks on Durga Puja venues across the country recently.
Also, violence against houses and businesses of the Hindu community followed in several districts, including Chandpur, Noakhali, Chattogram and Rangpur, leaving at least seven people dead and many injured. Of the dead, five were Muslim rioters who died in police firing.
Iqbal was most likely instructed to keep the Quran at the mandap by others to stoke communal tensions, according to Home Minister Asaduzzaman Khan.
"Everything was done in a planned way. The man, who had kept the Quran at the temple, might have done it as per others' instructionâ¦ there might be provocation behind it. We'll be able to know the motive after his arrest," the home minister said.
He said after examining the CCTV footage of the surrounding areas, it was ascertained that the man who kept the holy Quran at the Cumilla temple took it from a mosque.
"The man had been to Mazar mosque thrice that night. It was clear from the CCTV footage that the man took the Quran from the mosque to keep it at the temple," Asaduzzaman added.