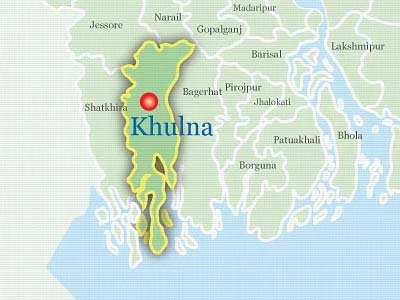 Police on Tuesday morning recovered three bodies of a family from a pond in Bamia village of Khulna's Koyra upazila.
The deceased were identified as daily wager Habibur Rahman, 30, his wife Beauty Khatun, 26, and their seventh grader daughter Habiba Khatun Tuni, 13. They were residents of Bamia village.
Police suspect the three were killed by miscreants in their home on Monday night and then their bodies were thrown into the nearby pond.
Shahadat Hossain, officer-in-charge (investigation) of the Koyra police station, said they had collected some evidence from the spot.
"Injury marks of sharp weapons were spotted on the three bodies. A probe is on," he added.