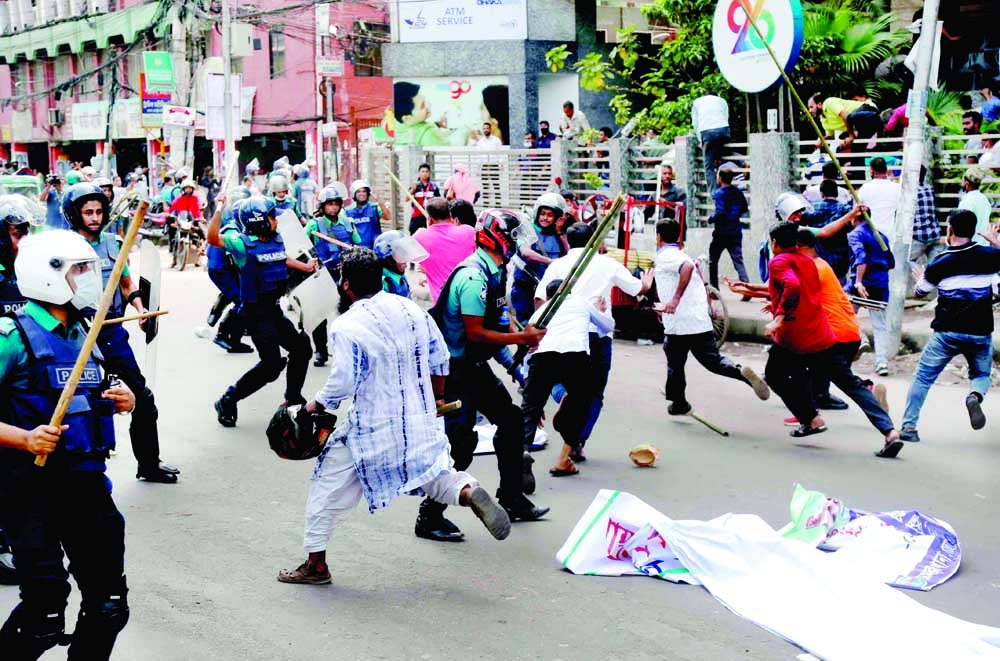 News DeskÂ  :
Police detained 44 leaders and activists of the BNP after Tuesday's clash at Naya Paltan in the capital.
"The BNP leaders and activists organized a rally to protest the recent communal riots in front of the party headquarters in Naya Paltan around 11am, despite having no permission," said Hafiz Al Asad, additional deputy commissioner (media and public relations) of Dhaka Metropolitan Police (DMP).
The clash was reported at around 11:30am when some BNP men brought out a procession towards Kakrail crossing at the end of a "peace rally" in front of their office.
They threw brickbats at the police, Hafiz said, adding that the police later fired tear gas in self-defence.
Police baton-charge BNP men after breaking up a party rally in Naya Paltan, Dhaka on Tuesday, October 26, 2021 Mehedi Hasan/Dhaka Tribune
At one point, police baton-charged the BNP men and fired rubber bullets to disperse the crowd in order to bring the situation under control, he added.
BNP Standing Committee Member Gayeshwar Chandra Roy alleged that the police had obstructed the rally and arrested many BNP activists, reports UNB.