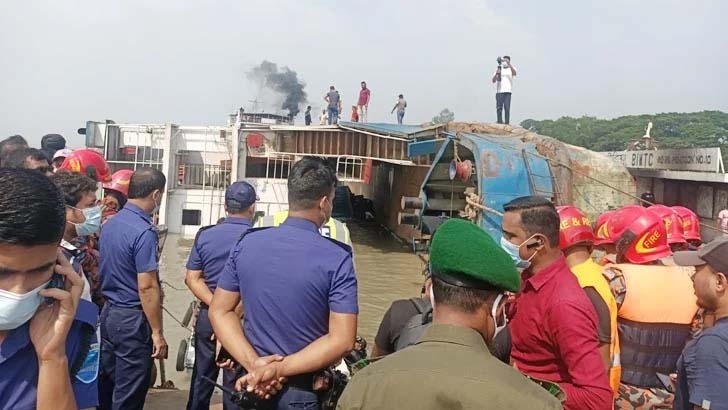 A ferry carrying vehicles capsized at the Paturia dock on Wednesday morning. Fortunately, no casualties have been reported.

The accident occurred around 9am near Paturia's number five ferry terminal when the vessel, Shah Amanat, was preparing to anchor at the dock.

The ferry was heading towards Aricha from Rajbariâs Daulatdia ghat and was carrying trucks, vans and motorcycles, sources at the Fire Services headquarters told UNB.

Some of the people on the ferry managed to swim ashore when it sank, the sources said.

"Members of the diving unit of the fire services have been pressed into action," they added.