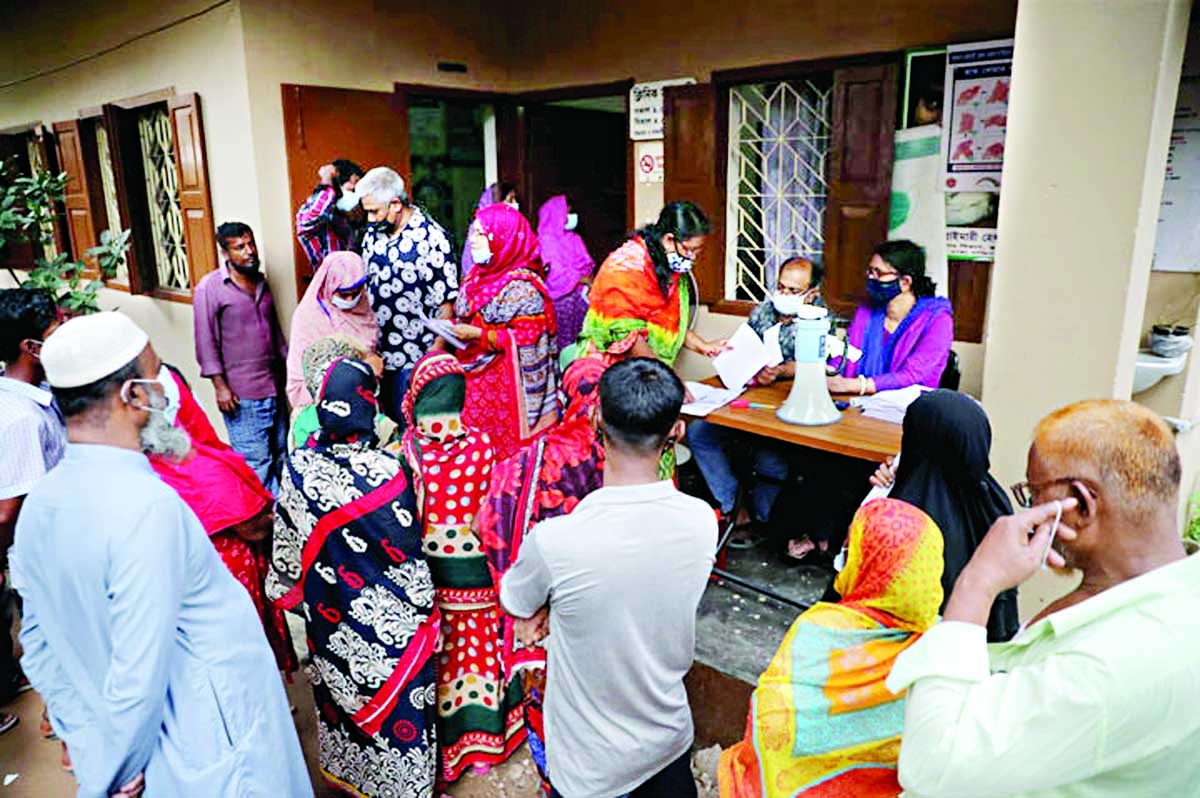 Mass vaccination of Covid-19 2nd dose begins on Thursday amid huge response from the people. This photo was taken from a vaccination center at Sabujbag in the city. NN photo

News Desk :
The government on Thursday kicked off the second phase ofÂ  its special nationwide mass vaccination drive, aiming to inoculate 80 lakh people with the second shot in a day, reports UNB.
The 9am to 3pm vaccination drive is actually part of the special campaign that was first unveiled on September 27 to mark Prime Minister Sheikh Hasina's 75th birthday.
"The health department aims to inoculate 80 lakh people with the second dose of a Covid vaccine in a day, though the first-dose drive met its target in two days," Dr Shamsul Haque of the Directorate General of Health Services (DGHS), told UNB.
"Vaccines have been distributed across all the districts. The campaign will be held in all city corporations, municipalities and upazilas across the country and only the second dose will be administered," said Haque, also the member secretary of the vaccination system.
Though the vaccination programme will officially continue till 3 pm, the official said that "if needed, the drive could be stretched". "However, no eligible recipient will be allowed to change the centre from where they got the first dose."
On September 28, the first phase of the special nationwide mass vaccination drive was launched.
However, that target to inoculate 80 lakh people was not met in a single day. Across eight divisions, 66,25,123 people were vaccinated, "which is a record number of jabs inoculated in Bangladesh in a single day", the Directorate General of Health Services (DGHS) had said.
Besides, 80,93,236 people were vaccinated with the first dose under this campaign, which spilled over to September 29.
So far, some 4,12,68,810 people have got their first Covid shot, while 2,13,32,289 were administered the second dose till October 28, according to the Health Ministry. Bangladesh on August 7 kicked off its mass vaccination drive to inoculate some 35 lakh people in six days.